MEXICO CITY (AP) — Officials in the Mexican state of Nuevo Leon are expressing disappointment at Carrier Corp.'s announcement it will keep hundreds of jobs in the United States rather than send them south of the border.

Carrier says it has made a deal with President-elect Donald Trump to keep the jobs at its plant in Indiana.

Carrier currently operates one plant in Nuevo Leon and has built but not yet occupied another one there as part of a planned $200 million expansion.

Sen. Marcela Guerra says that "the implications are very serious, not only for Nuevo Leon, but for Carrier."

In Guerra's words: "The one who is going to suffer from this is the company ... because their products are going to be more expensive."

Tags:jobsCarrier Corp.Nuevo Leon
At WFYI, our goal is to cover stories that matter to you. Our reporting is rooted in facts. It considers all perspectives and is available to everyone. We don't have paywalls, but we do need support. So if unbiased, trusted journalism is important to you, please join us. Donate now. 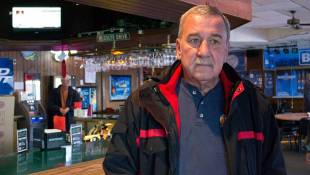 President-elect Donald Trump and Vice President-elect Mike Pence are scheduled to unveil details of the proposal with Carrier officials on Dec. 1 in Indianapolis.