Michigan City Area Schools today celebrated the addition of new solar arrays to its facilities in a ribbon-cutting ceremony at Krueger Middle School.

The recently installed ground-mount solar arrays feed into the NIPSCO power grid and the school corporation expects the new solar panels, which have been placed  at seven of its 16 facilities, including the main administration building, to offset utility costs by at least 52 percent per year.

Dr. Barbara Eason-Watkins is the Michigan City Area Schools Superintendent. She says the money generated from the solar arrays will support about $23 million worth of capital needs in the next 30 years.

“What we’re excited about is even though we got initial finance to ensure we got the solar arrays,” she said, “this is a project that will be self-funding.”

Eason-Watkins says the project was welcomed by the community from the beginning.

The school corporation worked with the company Performance Services to install all seven solar arrays before December 2017 to meet deadlines set by the state through a law that plans to phase out net metering by 2022.

Because of the law, the Michigan City solar grids are currently set to only be operational for the next 30 years.

The solar arrays will also serve an educational purpose. Students will learn about renewable energy, and resources through the National Energy Education Development Project, or NEED Project. Performance Services, who installed the solar arrays, also provided NEED training and kits to educators in the schools where the arrays would be installed. 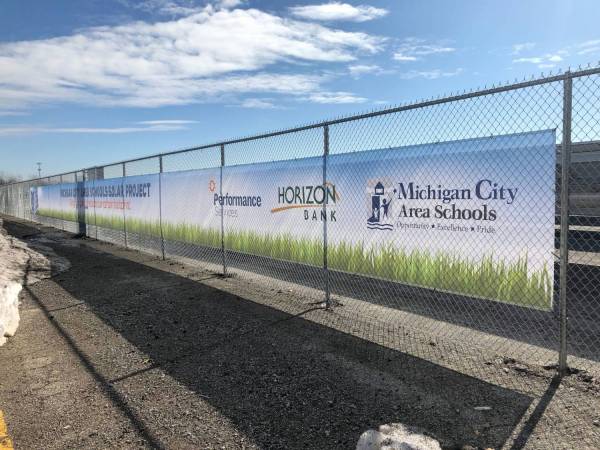 Tags:solar powerMichigan CityMichigan City Area Schools
Support independent journalism today. You rely on WFYI to stay informed, and we depend on you to make our work possible. Donate to power our nonprofit reporting today. Give now.

In the summer learning labs program hundreds of teachers are expected to teach students in grades 1-9 at least three hours of academics a day, in addition to other activities in the full-day program.
Read More

School employees in Kokomo are fighting to organize a union after the school corporation voted not to recognize it earlier this year.
Read More