County residents who are planning to build a new house on undeveloped property will now be required -- at their own expense -- to submit a certified plot plan instead of a self-made, scaled drawing.

The county said certified plans were an important tool for owners during and after building.

“People can understand where the property lines are located and prevent them from building over lot lines, which is a lot more costly than doing an original, certified plot plan,” county planning department assistant director Jackie Nester Jelen said.

“When you go to sell your property, it’s helpful,” Nester Jelen said. “People often look for some sort of survey to say, ‘Where can I build additional structures? Can I build a pool?’” 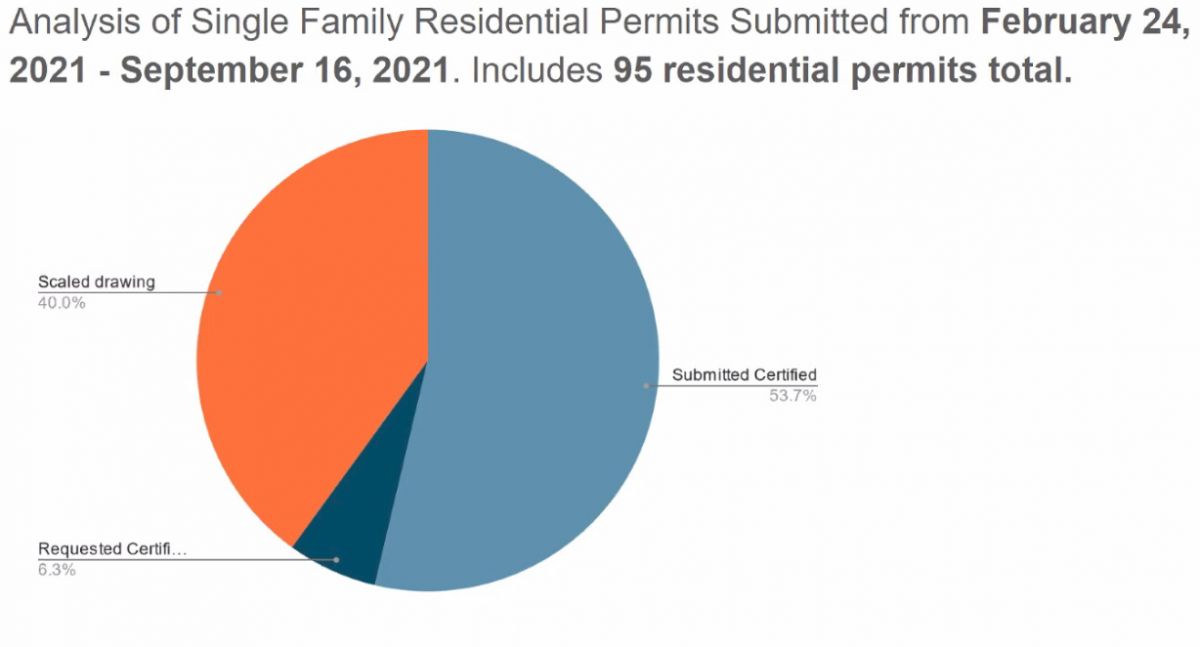 How does this affect affordable housing?

Randy Cassady spoke during public comment about how additional costs impact the affordability of housing in the county. He said the county should work to keep its citizens living here, rather than commuting.

“That’s where you get your heart,” Cassady said. “It’s those that live here.”

Nester Jelen said certified plans are not a small cost, but it’s a small percentage of what it costs to build a new house. She reached out to three local companies about potential costs and timelines for certified plans. Considering every property is unique, all three companies remained anonymous to prevent locking in estimates.

Only two of the companies provided cost estimates, which differ if properties are platted.

To prevent excessive fees for property owners with only one house on a large amount of land, owners with more than 2.5 acres can use a deed of record to illustrate property lines.

Commissioner Julie Thomas said she understood concerns about increasing the cost of affordable housing. But she sees certified plans as good investments.

“Housing becomes unaffordable when there are issues with flooding and other concerns that aren’t addressed appropriately,” she said. “I think that can make an affordable house very unaffordable.”

Commissioners approved the change by a 2-0 vote. Commissioner Lee Jones was absent.

Tags:Monroe Countyaffordable housinghousingzoning
Support independent journalism today. You rely on WFYI to stay informed, and we depend on you to make our work possible. Donate to power our nonprofit reporting today. Give now.