Muncie Mayor Back To Work After Federal Indictment

Muncie mayor’s is back to work in his office this week at Muncie City Hall, one day after being arrested by the FBI.

Mayor Dennis Tyler is taking no interview requests, but his staff says he expects to be working as usual all week.

Tyler told a federal judge on Monday that he’d finish his term as mayor.  That’s after he was indicted and arrested on one federal charge of “theft of government services.”  The indictment alleges he accepted a $5,000 cash bribe through another city employee to steer city contracts to an unnamed company in Gaston.

At a press conference on Monday, U.S. Attorney Josh Minkler said he was bothered by the fact he would not be stepping down.

“People are presumed innocent until proven guilty," Minkler said. "But our goal is to get this case into a trial to prove his guilt beyond a reasonable doubt, and to make sure he can never be a public official again.”

Tyler did not run for re-election in November.  Mayor-elect Republican Dan Ridenour will be sworn in on New Year’s Day.

Tyler did not leave his attorney’s name with his staff answering his office phone.

Tags:MuncieDennis Tyler
At WFYI, our goal is to cover stories that matter to you. Our reporting is rooted in facts. It considers all perspectives and is available to everyone. We don't have paywalls, but we do need support. So if unbiased, trusted journalism is important to you, please join us. Donate now. 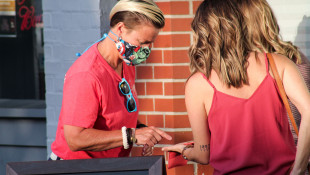 Indiana Shutting Down PPE Marketplace, Replacing It With Directory For Businesses

The Indiana Economic Development Corporation is shutting down its PPE marketplace for small businesses and replacing it with a directory to connect Hoosiers with Indiana companies that sell the safety gear.
Read More 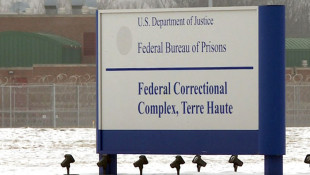 Justice Department Plows Ahead With Execution Plan Next Week

The Justice Department is plowing ahead with its plan to resume federal executions next week for the first time in more than 15 years, despite the coronavirus pandemic raging both inside and outside prisons and stagnating national support for the death penalty.
Read More

The Small Business Administration released data Monday on companies and other groups that received a loan through the Paycheck Protection Program (PPP).
Read More