This is the 17th time a Corvette has served as the pace car, starting with the 1978 Corvette. A Chevrolet has led the field of 33 to the start of the race 31 times, dating back to the 1948 Fleetmaster Six convertible.

Practice for this year's Indianapolis 500 began Wednesday. The race will be held outside of May for the first time – Sunday, Aug. 23 – with live coverage beginning at 2:30 p.m. on NBC. The traditional blackout of the live television broadcast in the Indianapolis market was lifted after the coronavirus pandemic forced IMS to run the race without fans in attendance.

Chevrolet has a storied history at Indianapolis Motor Speedway. Chevrolet was founded in 1911, the year of the inaugural 500-mile race. Company co-founder Louis Chevrolet, along with brothers Arthur and Gaston, competed in early Indy 500s. Arthur competed in 1911 and Gaston won in 1920.

Tags:autoIndianapolis 500 pace carIndianapolis 500ChevroletCorvette
Support independent journalism today. You rely on WFYI to stay informed, and we depend on you to make our work possible. Donate to power our nonprofit reporting today. Give now.

The move comes after months of accounts from current and former employees who said they experienced instances of racism, sexism and ableism from library leadership, including Nytes.
Read More 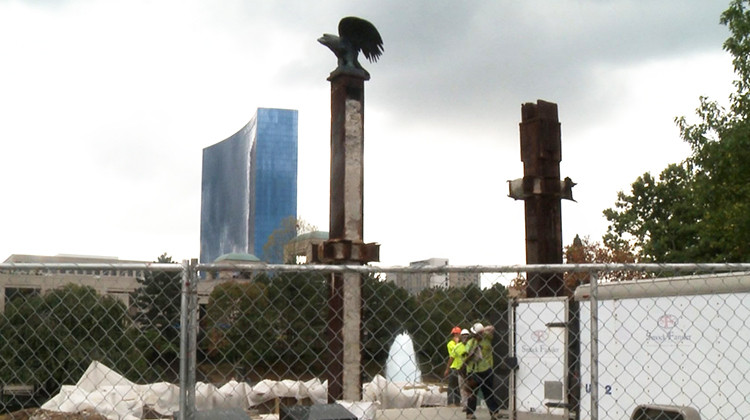 Indiana 9/11 Memorial To Be Expanded

The memorial, located on West Ohio Street, already includes two steel beams from the World Trade Center that were donated 10 years ago. An 800-pound chunk of limestone from the Pentagon will be added.
Read More