New Security Measures In Place For The Speedway

“We are installing several license plate readers around the facility that as you’re driving your car around or you’re going to park in a lot – your license plate will be read," he explained. "And if yours comes up stolen or there’s some kind of 'hit' on your license plate – you’ll be pulled out of line and an investigation will happen on the spot right there,” Shaw said.

Canine units will also be on site, “We are randomly searching cars that park in turn three, that park in turn four with bomb sniffing dogs. So there’s a lot of things that we’re doing, some of which I can’t even share,” he said.

With record numbers of spectators expected at the world’s largest event venue, Shaw’s message to race fans is to give yourself plenty of time. “We are checking every cooler, we are checking every bag as folks come in," he emphasized. "And given the demand of the crowd this year, it’s gonna take longer to get in. And that’s why we want people to show up earlier.”

Tags:Indianapolis Motor SpeedwayPublic SafetyIndianapolis 500Indy 500
Support independent journalism today. You rely on WFYI to stay informed, and we depend on you to make our work possible. Donate to power our nonprofit reporting today. Give now. 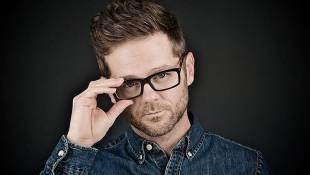 Hoosier Josh Kaufman will lead race fans in singing the iconic song with the help of the Indianapolis Children's Choir.