A New America Foundation report released Wednesday shows the widespread impact of evictions and foreclosures in Marion County. From 2014 to 2018, the county had a housing loss rate of 4.9 percent. About 17,500 households lost their homes each year.

New America’s Yuliya Panfil says the report takes a deep dive into census statistics to find which neighborhoods are in danger.

“Who is most at risk of losing their home, why and what happens when they do,” Panfil said.

New America found neighborhoods on the edge of downtown generally had above-average rates of eviction. The report also found Latinx and Black renters are the groups most at risk for evictions.  And census tracts with lower property values and lower monthly housing costs had higher rates of evictions and foreclosures.

“What this research does is it helps local policy makers predict the specific neighborhoods in which they can expect evictions, for example, to be the most acute,” Panfil said. “And start thinking ahead about how to direct rental assistance and other assistance into those neighborhoods.” 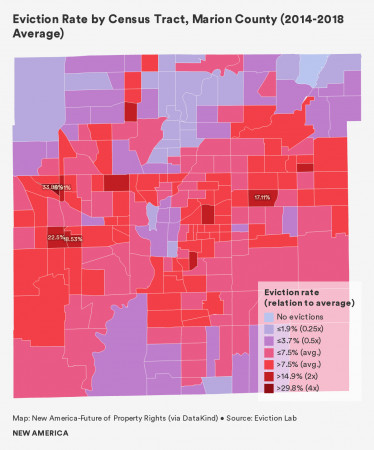 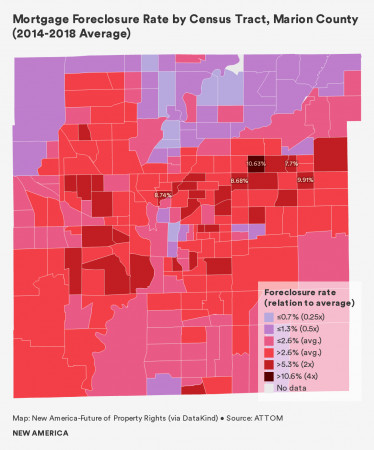 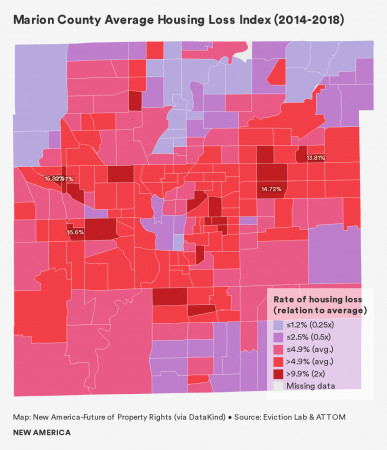 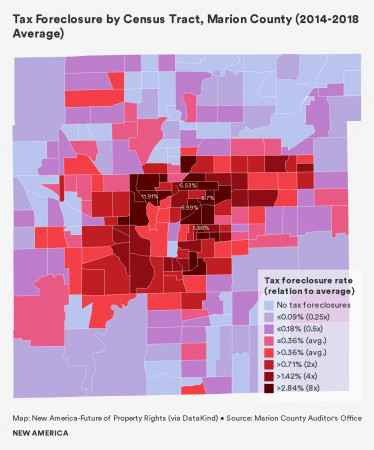 Tags:evictionhousing lossMarion CountyNew AmericahousingRacial equityracial justice
Support independent journalism today. You rely on WFYI to stay informed, and we depend on you to make our work possible. Donate to power our nonprofit reporting today. Give now.