The Department of Education announced Monday the number of new teachers receiving licenses from the state saw a huge increase this school year.

Last school year, the Department issued 3,843 licenses to new teachers, the lowest of the last six years. This school year, 4,552 licenses were issued — an 18 percent increase.

The number of licenses issued to new teachers in Indiana dropped every year since 2012, and this is the first year since that there’s been an increase. 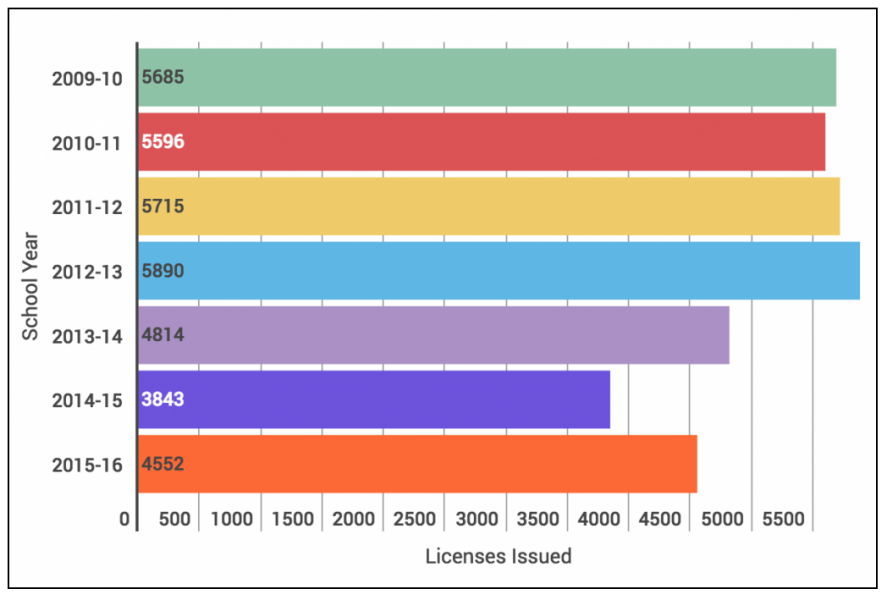 “With a majority of school corporations reporting a teacher shortage in their district, now more than ever, Indiana needs more individuals to choose teaching as a profession,” said state superintendent Glenda Ritz in a statement. “While today’s numbers do not fully solve the shortage, they reflect our strong state commitment and work to support the education profession over the past four years.”

After the lowest drop in new licenses issued in the 2013-2014 school year, the state started addressing what they are calling a teacher shortage. It was discussed during last year’s legislative session and state superintendent Glenda Ritz created a panel of educators to discuss how to better the profession in the state.

Tags:teachingIndiana Department of Educationteacher license
Support independent journalism today. You rely on WFYI to stay informed, and we depend on you to make our work possible. Donate to power our nonprofit reporting today. Give now.