INDIANAPOLIS (AP) — Another top-ranking Democrat in the Indiana Legislature has decided to not seek re-election after this year's session.

Rep. Linda Lawson of Hammond says she'll finish out her term and then give up the seat she first won in 1998. Lawson has been the second-ranking House Democrat as minority floor leader since 2011 after six years as House Judiciary Committee chairwoman when Democrats controlled the chamber.

Lawson is a retired Hammond police officer. She tells The (Northwest Indiana) Times that the climate in the Legislature has become "toxic" with Republicans holding large majorities in recent years and ignoring Democrats.

Tags:Indiana Democratic PartyHammondIndiana House of RepresentativesLinda Lawson
At WFYI, our goal is to cover stories that matter to you. Our reporting is rooted in facts. It considers all perspectives and is available to everyone. We don't have paywalls, but we do need support. So if unbiased, trusted journalism is important to you, please join us. Donate now. 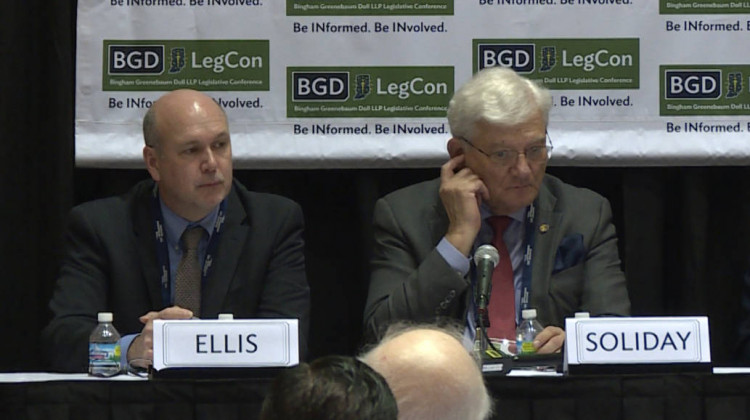