A 13-year-old boy admitted to shooting his seventh-grade teacher and classmate at Noblesville West Middle School this summer, at a juvenile court hearing Monday

The boy is too young to be tried as an adult. The hearing was not a trial, but a presentation of evidence to help Judge Paul Felix decide on disposition –– similar to a sentence. Felix says he will announce the disposition Wednesday, Nov. 14. He could order the boy to spend time at a mental health treatment center, send him to juvenile detention, or other options.

The hearing capped months of shock and community outcry since the boy walked into his classroom and shot teacher Jason Seaman and student Ella Whistler multiple times. The shooting led to the Noblesville School District placing a $50 million tax referendum on Tuesday's ballot to help pay for more mental health counseling and security improvements.

Students, parents, those who treated the victims and others waited in line to sit in the Hamilton County Circuit.

The boy did not speak during the hearing, but his attorneys read a statement he wrote. In the letter, he apologized and said he is ready to receive punishment for his actions.

During the hearing, the defense team recommended the boy goes to an inpatient mental health treatment facility. The county prosecution team recommended he be sent to the Juvenile Department of Corrections and put on parole until he’s 21 -- the maximum age for juvenile criminals.

In the courtroom the accused shooter was stoic. He sat next to his parents in an orange-and-white jumpsuit.

Ella Whistler’s parents and Seaman called for the maximum punishment against the 13-year-old accused shooter.

“Why did he do it?” the prosecution said in closing arguments, “He did it because he wanted to take lives.”

WFYI is not naming the suspect because he is not charged as an adult.

Monday’s presentation of evidence revealed new details about the shooting and evidence uncovered by investigators.

“I’m not killing myself. I have to take other people’s lives before I take mine,” he recorded in the video.

The guns were taken from his parents’ safe in the home. He put them in a backpack and brought them to school on May 25.

The accused shooter’s internet history showed searches for a Noblesville West Middle School blueprint. He also searched for “Columbine” and “Sandy Hook,” the location of two other school shootings, according to investigators.

The director for the juvenile detention center where the 13-year-old is held testified that they gave the boy Lego building blocks to use in his cell. But the toy had to be taken away after the boy crafted a look-alike rifle from the blocks.

Jason Seaman, the teacher who was shot, testified in detail about the morning attack in his seventh-grade science classroom.

He testified that the 13-year-old accused shooter left to use the bathroom. When he returned, another student opened the door for him.

Seaman said he looked up and saw the boy pointing the gun at him.  He then felt pressure in his abdomen. In an effort to stop the shooting, Seaman threw a small miniature basketball, which he had been holding in his hand, at the boy.

The boy continued to shoot, but this gave Seaman a brief moment of time to charge at the boy. They collided against the wall and fell to the ground. Seaman was then able to pin the boy down and disarm him.

Seaman told his class to run and call 911.

“I had a white shirt on, it was mostly red at that point,” Seaman said. He was shot three times.

Stacy Swan, the principal at Noblesville West Middle School, told the court when she heard the radio call she ran to lockdown the school.

Swan spent the day clearing the building and refused to leave until all the students were evacuated, she told the court

Ella Whistler, a 13-year-old student, was shot seven times in the attack. She spent weeks in the hospital recovering from injuries.

Julia Whistler, Ella’s mother, said she was working from home when she first got a call about an active shooter at Noblesville West Middle School. The next call was from a family friend who told Julia her daughter was shot. Julie and her husband rushed to Riley Children’s Hospital in Indianapolis

Ella decided not to testify because she never wants to see the accused shooter again, her mom said at the hearing.

Tags:school shootingNoblesville West Middle SchoolJason SeamanElla Whistler
Support independent journalism today. You rely on WFYI to stay informed, and we depend on you to make our work possible. Donate to power our nonprofit reporting today. Give now. 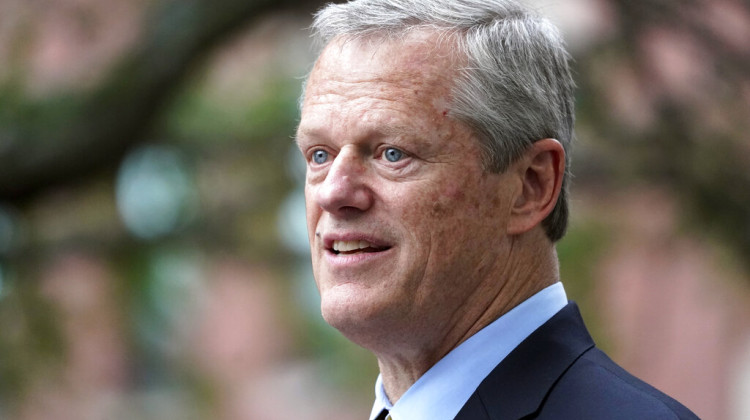