Food 4 Souls has a goal to break ground by this October on a Tiny Home community of 15 to 20 units in Indianapolis.

Outreach associate Leon Longard says the Fishers-based nonprofit has been researching similar communities in Washington, Oregon, Wisconsin – and even Muncie, Indiana. He says there’s a huge need to help get people off the streets.

“When you’re looking at 144 square feet, is that a permanent housing solution for somebody? I mean, I know people that are living in our camps down on the river and other places – they’ve built shacks and they’ve been happy there – for, you know 3, 4, 5 years already, so that may be enough for them," Longard says. "But for some people, I think they would get to a point where they would want to move on.”

Longard says they’ve been in contact with the city about the possible use of former mobile home parks with utilities already on site – though no site has been determined. He says there’s a lot still to be worked out, and one of the biggest battles they’re expecting is push back from potential neighborhoods.

Alan Wichey, executive director of CHIP – the Coalition for Homelessness Intervention and Prevention, says these tiny homes might fill a need and be a really good transition.

“Some people need a bridge," Wichey says. "They’re not ready to immediately go into permanent housing. And yet, there really isn’t an option for them to go and wait for a minute until they get a few things together in their lives and then go to a permanent place. Maybe this is an option for that." 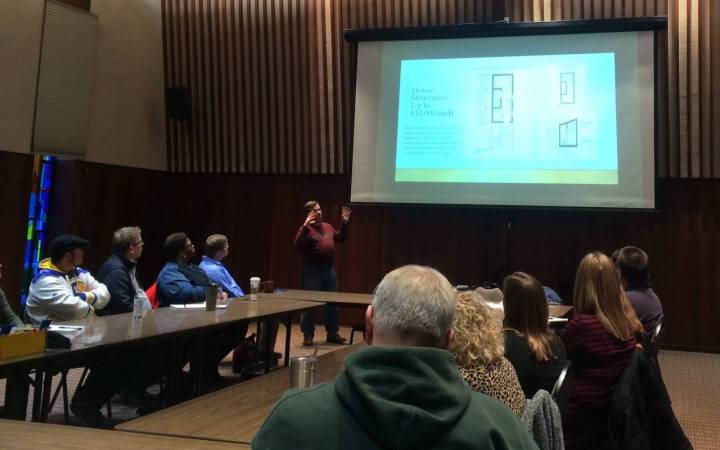 Tags:CHIPCoalition for Homelessness Intervention and PreventionChasing the Dreamtiny homesFood 4 Souls
Support independent journalism today. You rely on WFYI to stay informed, and we depend on you to make our work possible. Donate to power our nonprofit reporting today. Give now.