INDIANAPOLIS (AP) — A nonprofit group that had been denied a state license to open a South Bend abortion clinic reapplied for one Thursday instead of challenging the decision in court.

Texas-based Whole Woman's Health Alliance reapplied for the license Thursday, avoiding what it feared would be a lengthy legal battle, the South Bend Tribune reported. .

An Indiana State Department of Health administrative panel voted 2-1 in November to reject the nonprofit's request to open an abortion clinic, saying necessary information wasn't disclosed on its initial application in October 2017.

After weighing the pros and cons of a court battle, Whole Woman's Health Alliance decided to follow the health department's recommendation of reapplying for a license, said Amy Hagstrom Miller, the nonprofit's CEO and founder.

She said her group relies heavily on donations and wanted to avoid a costly legal battle.

"Most people say when you (go to court), it's a couple of years of back and forth. ... I can't sustain financially a process that's going to take years," she said. "And while it seems a bit strange because we wouldn't change any information from the first time, the department has told us repeatedly to fill out a new application. So we decided that's the best course of action."

The nonprofit's clinic would offer medication-induced abortions to women who are up to 10 weeks pregnant. The building already has been equipped and furnished.

The new application contains additional information that could be helpful, Hagstrom Miller said. It includes more information about the nonprofit's pair of existing clinics in Virginia and Texas, including reports from inspections that were performed after it submitted its first application.

Indiana's abortion rate has plummeted in recent years as abortion facilities have shuttered. The proposed South Bend clinic would be the first to open in roughly a decade, advocates have said.

The rejection of the nonprofit's initial license application a year ago by the health department stated that it failed to meet requirements of having "reputable and responsible character" and that it didn't disclose necessary information on its application.

In September, Indianapolis administrative law judge Clare Deitchman disagreed. Deitchman said the agency failed to show the application was "incomplete or inaccurate" and issued an order that said a license should be granted. The health department then appealed to the three-member administrative panel.

Tags:Whole Womanâ€™s Health AllianceIndiana State Department of HealthSouth Bendabortion
At WFYI, our goal is to cover stories that matter to you. Our reporting is rooted in facts. It considers all perspectives and is available to everyone. We don't have paywalls, but we do need support. So if unbiased, trusted journalism is important to you, please join us. Donate now. 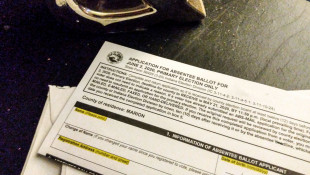