SOUTH BEND, Ind. (AP) — The University of Notre Dame on Tuesday canceled in-person undergraduate classes for two weeks after a spike of coronavirus cases that occurred since the semester began Aug. 10.

University president the Rev. John Jenkins said there have been 147 confirmed cases of coronavirus on campus since the start of classes for the university’s approximately 12,000 students.

Jenkins said he decided against sending students home after consulting with the St. Joseph County Health Department. Instead, university officials decided steps could be taken short of closing the campus while still protecting students' health and safety.

The university is advising off-campus students not to visit the campus and on-campus students not to venture off-campus and is restricting student gatherings to 10 people or less. The university is allowing graduate student access to research laboratories and libraries. Athletic teams subject to surveillance testing can continue to gather for sanctioned activities, but will be closely monitored.

“The virus is a formidable foe,” Jenkins said in announcing enhanced testing for students experiencing symptoms and surveillance testing for those without symptoms. “For the past week, it has been winning. Let us as the Fighting Irish join together to contain it.”

According to Jenkins, the university has traced the spike in COVID-19 cases to off-campus gatherings where neither masks were worn nor physical distancing observed. He said students infected at those gatherings passed it on to others, who in turn passed the virus on to others, resulting in the positive cases, with all but one a student.

Jenkins asked students to help in identifying others who have been flagrantly violating safety protocols.

The action by Notre Dame follows the decision by officials of the University of North Carolina at Chapel Hill to switch to remote learning starting Wednesday, and is making arrangements for students who want to leave campus housing. UNC officials said clusters of COVID-19 were discovered in dorms, a fraternity house and other student housing.

Coronavirus outbreaks earlier this summer at fraternities in Washington state, California and Mississippi provided a glimpse of the challenges school officials face in keeping the virus from spreading on campuses where young people gather in close quarters.

The virus has been blamed for over 170,000 deaths and 5.4 million confirmed infections in the U.S.

Tags:University of Notre DamecoronavirusCOVID-19School Reopening
At WFYI, our goal is to cover stories that matter to you. Our reporting is rooted in facts. It considers all perspectives and is available to everyone. We don't have paywalls, but we do need support. So if unbiased, trusted journalism is important to you, please join us. Donate now.

State leaders say the data comes from about 70 percent of Indiana schools that have so far submitted information. About 700 new cases were reported last week.
Read More 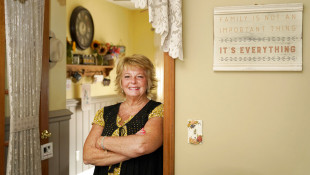 With many teachers opting out of returning to the classroom because of the coronavirus, schools around the U.S. are scrambling to find replacements and in some places lowering certification requirements to help get substitutes in the door.
Read More 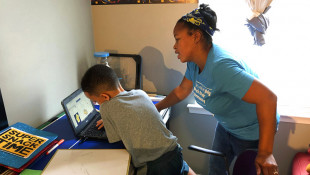 In every state, the AP and Chalkbeat surveyed the largest school districts in each of four categories set by the National Center for Education Statistics: urban, suburban, town and rural.
Read More