Obama Rallies With Donnelly, Calls Election 'Most Important Of Our Lifetimes'

Former President Barack Obama urged Hoosiers to vote for incumbent U.S. Sen. Joe Donnelly (D-Ind.) in what he calls “the most important election of our lifetimes.”

The former president told the crowd of about 7,000 that America is at a crossroads.

Obama says he respects Donnelly – even if they didn’t always agree.

“He always was focused on what’s the best thing for the Hoosiers that he served," Obama says. "And he was honest and he was direct.”

Like Obama, Donnelly urged Hoosiers to vote in what he calls “a very close election.”

“And every vote counts," Donnelly says. "Your vote is your voice.” 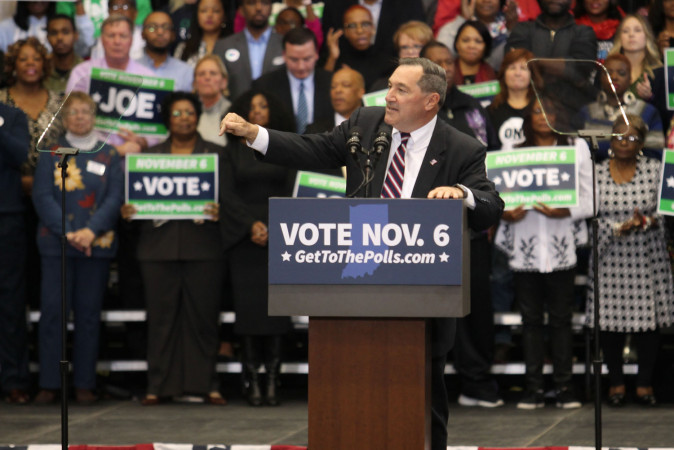 Tags:Joe DonnellyBarack Obamaelection 2018U.S. Senate
Support independent journalism today. You rely on WFYI to stay informed, and we depend on you to make our work possible. Donate to power our nonprofit reporting today. Give now.