Officer Dies In Crash During Chase In Southern Indiana

CHARLESTOWN, Ind. (AP) — Authorities say a 33-year-old police officer has died after crashing while chasing a man who allegedly fled a traffic stop in southern Indiana.

State police say Charlestown Officer Benton Bertram tried to stop a car for a traffic violation Wednesday night near the Clark County community and the driver fled into Scott County. During the chase, the officer's vehicle went off the road and hit a tree in the front yard of a home.

Bertram was a 9-year veteran of the Charlestown Police Department.

Tags:Public SafetyCharlestown Police DepartmentCharlestownClark CountyScott County
At WFYI, our goal is to cover stories that matter to you. Our reporting is rooted in facts. It considers all perspectives and is available to everyone. We don't have paywalls, but we do need support. So if unbiased, trusted journalism is important to you, please join us. Donate now. 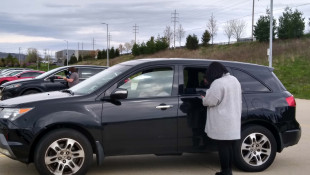 The coronavirus pandemic is changing the hiring process. One company is helping businesses hire people through a drive-in model.
Read More

An attorney for two people accused of being involved in a reported assault on a Black man at a southern Indiana lake said Monday his clients are victims of a "smear campaign" and a "rush to judgment."
Read More 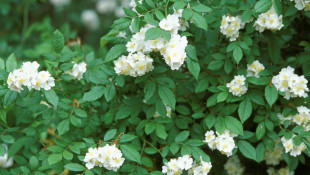 The collaborative has put together a website to help people control woody invasive plants in the Great Lakes region.
Read More