INDIANAPOLIS (AP) — The Indiana Department of Natural Resources says the deaths of fish in Geist Reservoir appear to be natural.

The agency said in a statement Wednesday the deaths have the "appearances of a small, natural die-off of some sunfish species."

WRTV-TV reports the DNR and the Indiana Department of Environmental Management inspected the northern shoreline of Geist Reservoir on Tuesday and found 10 to 15 dead redear sunfish. The agencies also took live fish that showed signs of infection for testing.

The statement cited a possible fungal or bacterial infection as the cause of the die-off, which it said often happens this time of year when fish are already stressed from winter. The DNR does not believe the die-off will not have an impact on the fish population in the reservoir.

Indiana officials are working to determine what caused the deaths of fish found with slime and splotches on them at Geist Reservoir.

It's not unusual for dead fish to turn up as the weather warms in the spring, but the Indiana Department of Natural Resources says this week it's investigating the fish deaths.

Russ Chargualaf tells The Indianapolis Star that he and others saw more than 100 bluegill and redears floating along the shoreline during a weekend fishing tournament. He says the fish had "thick white slime" and unusual dots on them.

WISH-TV reports the Indiana Department of Environmental Management says there are currently no concerns with the water affecting people at the reservoir. 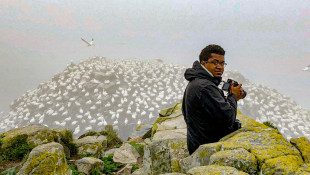 #BlackBirdersWeek: Black People Belong In The Great Outdoors Too 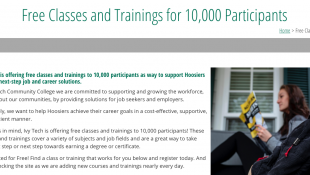 Ivy Tech Community College is making online job training modules free for 10,000 Hoosiers. Its aimed at helping workers who have been furloughed or laid off permanently get skills before heading back into the workforce.
Read More 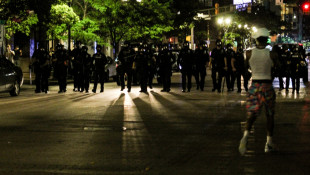 Gov. Eric Holcomb says the Indiana State Police and National Guard are ready to deploy to any community around the state that requests assistance.
Read More