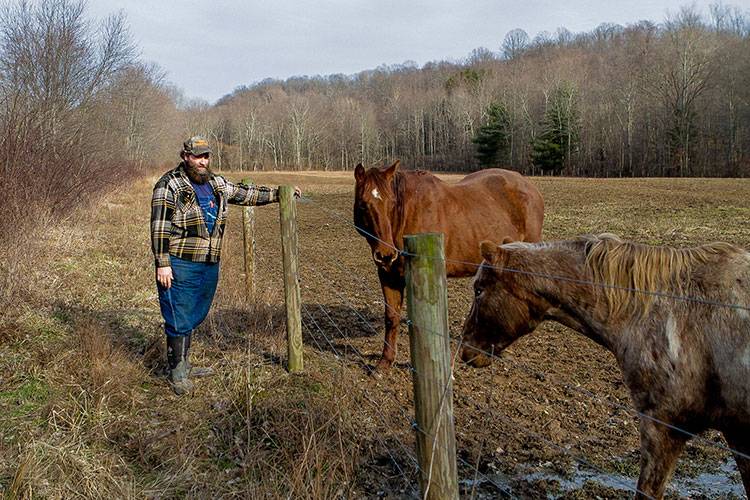 “I water my horses out of this creek down here,” Jeff Ivers says, resting his hand on his horse’s nose.

He looks out over his land: 43 acres, surrounded on three sides by Perry State Forest, with a small creek running through it.

“It’s safe as far as human consumption, as long as you filter it," Ivers says. "But I have well water and if they mine, there’s a chance of ruining my well, definitely ruin the creeks. If they ruin all that, how am I going to live?”

Residents of Ohio's rural Perry County, about an hour southeast of Columbus, say life there is peaceful in large part because of their neighbor: the 4,500-acre state forest. But they worry the forest and their livelihoods may soon be disturbed.

Ivers and many of his neighbors have concerns about the proposed strip mine. Research has shown that strip mining can pollute waterways, and increase the risk of contaminated ground water. It can also bring air and noise pollution.

Studies show that people who live in parts of Appalachia where coal mining is prominent have increased health problems.

“We’ve got a 5-year-old daughter we’d like to raise and keep her in the country, keep her a nice clean free spirit,” Ivers says. “You can’t do that if they’re mining around you. It’ll be, ‘Daddy, what is that noise? What are they doing?’ You want to hear back-up beepers while you sleep? I don’t.”

Perry State Forest is one of the most popular places in the state for ATV and horseback riding, thanks to a rugged and barren terrain left behind by a previous strip mine that was never restored to its natural state. 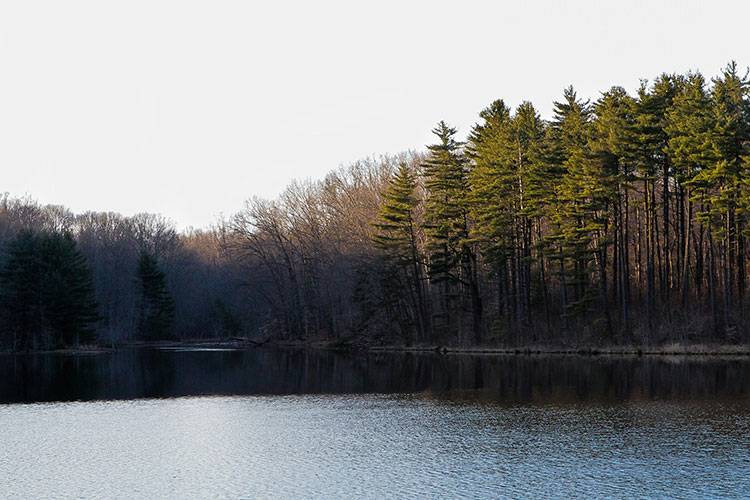 Perry State Forest in southeast Ohio could be the site of a proposed strip mine, unless residents succeed in opposing the proposal. (Paige Pfleger/Side Effects Public Media-WOSU)

Surrounding Perry County has one of the highest unemployment rates in the state–6 percent–and Ivers fears the jobs a mine might bring to the area wouldn’t outweigh the damage done to the local economy.

“This area, this forest, creates a lot of revenue for this town,” Ivers says. “They just don’t see that. And they think mining is going to create more revenue? I don’t see how.”

Oxford Mining Co. submitted the permit application to mine the state forest land at the end of 2017.

Oxford was owned by Westmoreland, which is one of the largest coal companies in North America. But in October 2018, Westmoreland made national news by filing for a Chapter 11 bankruptcy reorganization.

After Westmoreland's filing, Oxford was purchased by its former owner, Charles Ungarean. He formed a new company called CCU Coal and Construction.

“The mining proposed by CCU is expected to improve the environmental health of the area by reclaiming the previously unreclaimed ground located in the Perry State Forest,” says Greg Honish, vice president of CCU. “All of this will be accomplished with no cost for the taxpayers of Ohio.”

By buying Oxford, CCU inherits more than a dozen environmental violations, as well as any liability for thousands of acres of mine land in Ohio. 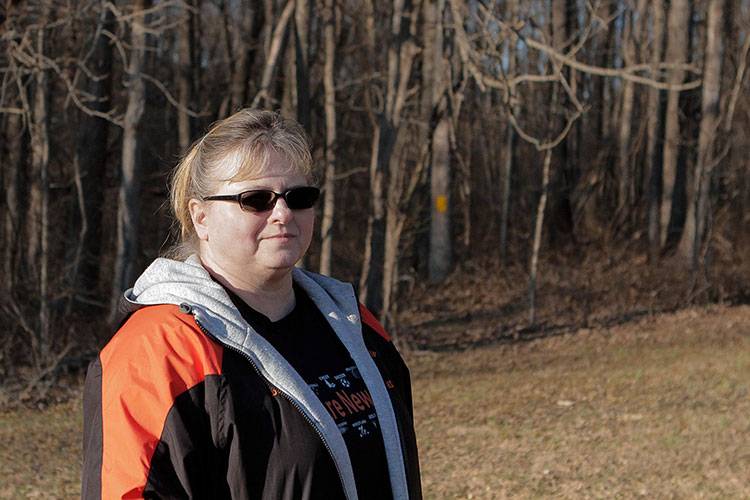 Bonnie Garey lives on the edge of a proposed strip mine in Perry County. She doesn't want to move, because she's lived in her house her entire life. (Paige Pfleger/Side Effects Public Media-WOSU)

Oxford's track record and the declining market for coal leave many residents worried. And a depleted state fund for cleaning up abandoned mine land only worsens their fears.

At a recent public meeting at nearby New Lexington High School, Lanny Erdos of the Ohio Department of Natural Resources says the recent bankruptcy proceedings are not factored into the approval of mining permits.

“We don’t go in and look at the financial status of the company," Erdos says.

Right now, the Ohio Department of Natural Resources is the only barrier between CCU and mining the state forest. The Ohio Environmental Protection Agency already issued a permit to Oxford to discharge waste water — including some pollutants — into nearby waterways.

Erdos says his agency is waiting for revisions to the application from the company, and that neighbors of the forest are doing the right thing by asking questions. His office already received nearly 1,000 emails, he says.

When asked how often a community is able to stop a mining project, he was unable to give an estimate. Erdos says community input is being brought to the company.

However, if CCU meets all the application requirements, the agency is required to approve the permit. 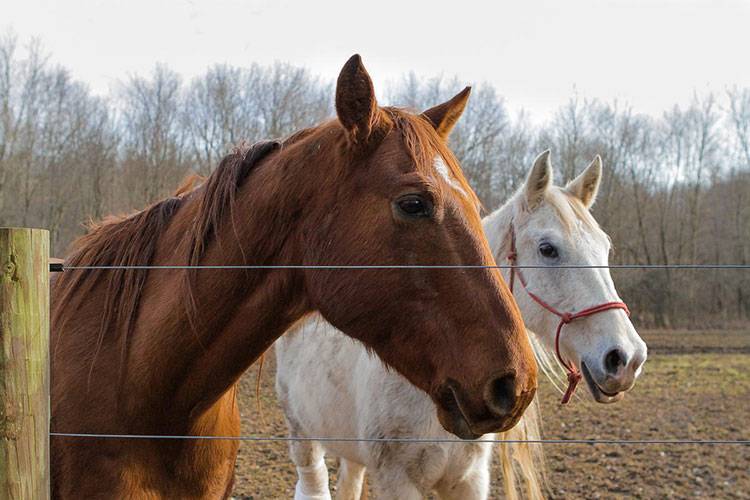 Yellow dots painted on the trees mark where Bonnie Garey’s property touches the southern end of the proposed mine.

Her parents bought this land in 1962, and Bonnie spent her whole life and raised her kids here. She says she was devastated when the forest near her home was clear cut, presumably to make way for the mine.

It’s still unclear how long Garey and her neighbors will have to wait. State officials don’t know how long the permit process might take.

Still, Garey is not optimistic about their chances stopping the mine, or about what will happen if it arrives.

"We won’t know how bad it’s gonna be until it actually happens, and then you know, who has to deal with it?" Garey says. "It’s going to be us."

Lawmakers Grapple With How To Have Session Amid COVID-19

State lawmakers are preparing for a legislative session in January that must adjust to the COVID-19 pandemic. A study committee tasked with resolving that issue had its first meeting Thursday.
Read More