Hogsett will join the firm as a partner in its  Litigation Group focusing on internal investigations and corporate audits. He will begin work there the day after his resignation as U.S. Attorney for Indiana's Southern District becomes official July 31.

Hogsett submitted his resignation as earlier this month in a letter to U.S. Attorney General Eric Holder. That announcement has led to speculation he might run for the Democratic nomination in next year's Indianapolis mayoral election.

You can read the entire press release here.

Tags:Joe HogsettBose, Mckinney and Evans
Support independent journalism today. You rely on WFYI to stay informed, and we depend on you to make our work possible. Donate to power our nonprofit reporting today. Give now. 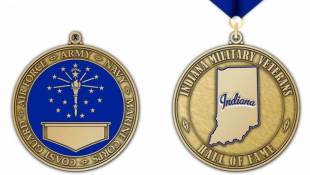 The Indiana Military Veterans Hall of Fame says it expects to induct the first honorees around Veterans Day at Fort Benjamin Harrison State Park in Lawrence.