The Indiana Pacers closed out the regular season Wednesday night with their fifth consecutive win, securing seventh place in the Eastern Conference and the right to play in the post-season.

The Pacers will open the first-round of the playoffs with two games in Cleveland against the No. 2 seed Cavaliers -- Saturday, April 15 and Monday, April 17. The series will shift to Indianapolis for games three and four in Bankers Life Fieldhouse on Thursday, April 20 and Sunday, April 23.

Tickets for the series will go on sale Friday, April 14. Fans signed up to receive Pacers Insider, the e-newsletter of the Pacers, will have the opportunity to purchase playoff tickets beginning at 2 p.m. Remaining tickets will go on sale to the public at 4 p.m. via the web at Pacers.com/Playoffs, the Bankers Life Fieldhouse Box Office and (800) 4-NBA-TIX.

Tags:basketballIndiana Pacers
Support independent journalism today. You rely on WFYI to stay informed, and we depend on you to make our work possible. Donate to power our nonprofit reporting today. Give now. 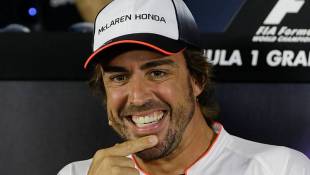 The popular Spanish driver, will skip the Monaco Grand Prix to race in Indianapolis.