For more than a decade, Mt. Zion Baptist Church in Cedar Rapids, Iowa, has worked to reduce Black cancer rates through a program that emphasizes prevention and healthy living habits.

Body & Soul is a national, evidence-based initiative that’s recommended by the U.S. Centers for Disease Control and Prevention. Paulette Clark, a longtime parishioner at Mt. Zion, set up the church’s Body & Soul program with help from the Iowa Cancer Consortium.

Church members created a community garden. Volunteers tend to it year round, and the vegetables are distributed to whoever wants them. Clark recruited a certified fitness instructor from within the congregation to teach classes at the church.

And over the years, the group has hosted popular cooking classes for kids and adults.

“We had people that would come in from other churches that would participate in the program, and so that made it nice, too,” Clark said. 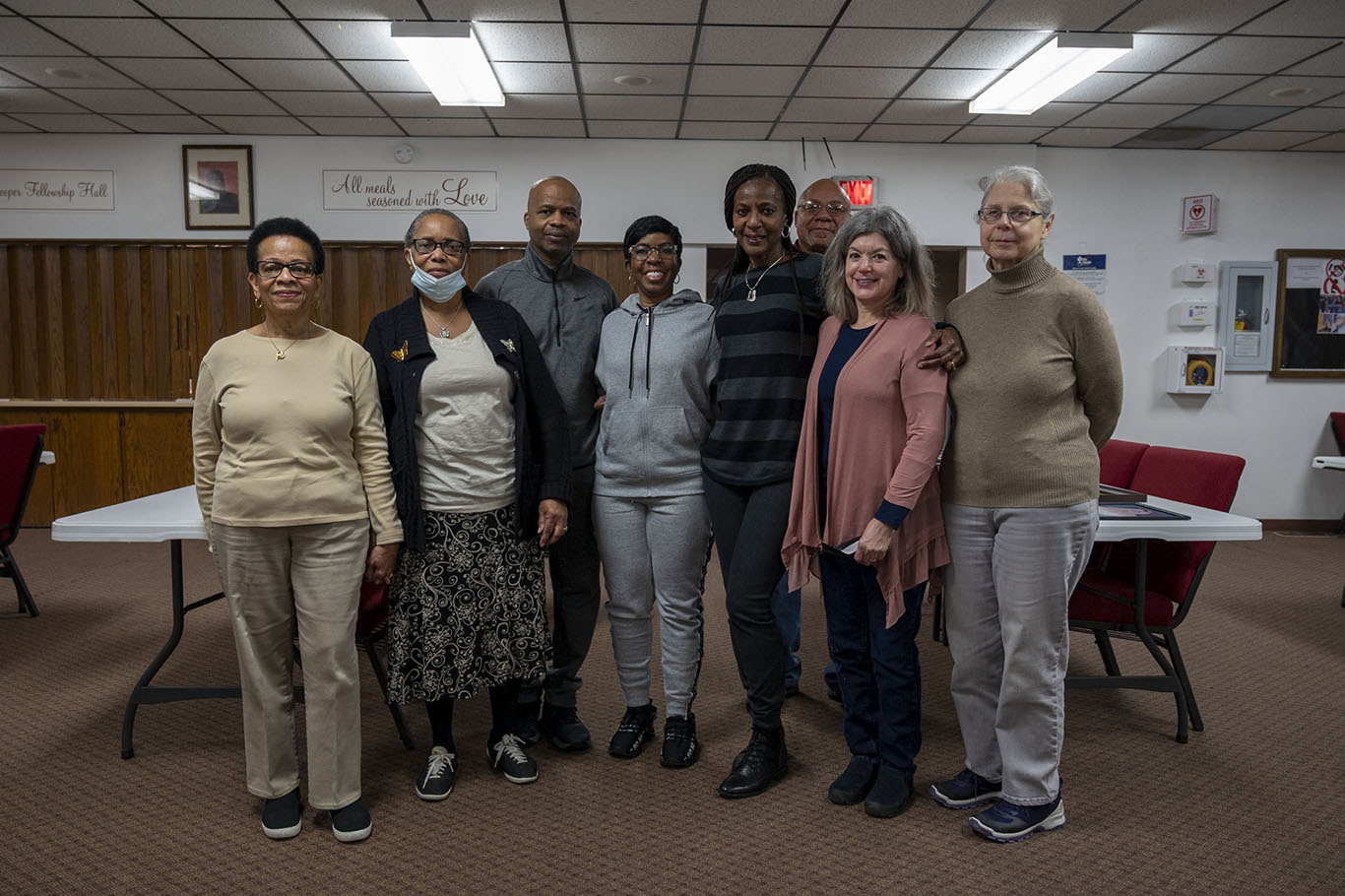 But when the pandemic hit nearly two years ago, most of the program was put on hold. Clark said it’s unclear when it will fully resume.

Before the pandemic, the Black population had the highest cancer death rate of any racial and ethnic group in the U.S., according to data from the CDC.

The mortality rates — and the disparities between Black and White Americans — are especially bad in Midwestern states like Iowa, Missouri, Illinois and Indiana.

In some places like Waterloo, Iowa, this disparity in cancer rates can be seen across zip code boundaries.

According to data from the Iowa Cancer Registry, the probability of getting lung cancer is nearly double for residents in Waterloo’s east side, where the majority of the city’s Black residents live, compared to residents in the city’s west side, which is heavily White.

Public health advocates have worked for years to address racial gaps in cancer outcomes by establishing programs like Body & Soul, which is used in hundreds of Black churches across the country.

Prior to the pandemic, there was cause for optimism. Cancer death rates decreased for all racial and ethnic groups in the U.S. from 2013 to 2018, with the largest decrease among Black Americans, according to a 2022 analysis of CDC data by the Kaiser Family Foundation.

Dr. John Carethers attributes at least some of the progress to higher rates of cancer screenings among Black Americans. Carthers is the chair of internal medicine at the University of Michigan and researcher who contributed to a new national report about the impact of the pandemic on cancer care.

For example, “over the last 15 to 20 years, the [colon cancer] screening difference between Blacks and Whites had narrowed to just under 3 percent, right before the pandemic,” he said.

But while cancer outcomes have improved overall, racial disparities persist. And some worry the pandemic will halt progress or, worse, reverse the trend.

Cathy Ketton is the co-founder of Splash of Color, a breast cancer support group for Black women based in Waterloo, Iowa. Her group has spent years encouraging Black women to get mammograms, after realizing that many Black women were either skipping mammograms, or if they went, were sometimes too afraid to get their results.

“They just did not want to know if they had breast cancer or not,” she said. “It was taboo. It was like a curse.”

During the pandemic, Ketton said she’s noticed some Black women are skipping their mammograms again.

But this time it’s due to COVID. Either their appointments have been pushed back due to delays in elective care, or they’re too worried about getting the virus to go, she said.

Ketton said she recently spoke to one woman who had largely avoided going out due to the pandemic and didn’t realize she hadn’t gotten her mammogram for two years.

“I called her out of the blue, and she started crying,” she said. “I was like, ‘What's wrong?’ She’s just like, ‘I'm so glad, your call reminds me that I need to get my mammogram.’”

It’s too soon to know exactly how COVID has affected cancer numbers during the pandemic. But one peer-reviewed study found preventative cancer screening rates dropped between 86 and 94 percent in May 2020 compared to the same weeks in 2019 and 2017.

Carethers suspects the pandemic may reverse some positive trends in cancer outcomes — at least temporarily. Issues like COVID-related delays in screenings could lead to later cancer diagnoses for the Black population, he said, and result in overall worse outcomes, since early detection can improve the outlook for recovery.

“We might set ourselves back, let's say, five, six, seven, eight years, based on what the pandemic has presented,” Carethers said.

The pandemic may have also knocked back some of the progress that medical professionals and health advocates have made encouraging Black Americans to be more forward thinking when it comes to cancer care — and trust the medical system.

“It's taken years to get to the point where we were in 2020, before the pandemic took over,” he said. “I think some of that's gonna regress, because people are getting out of the habit of doing that.”

This means Black cancer advocates like Georgia Hodge have a long road ahead.

Hodge is the new outreach coordinator for the Iowa Cancer Consortium, working to close the racial gap in cancer outcomes in Black Hawk — the Iowa county with the highest proportion of Black residents — nearly 10 percent.

Hodge would like to see more community-based navigators, who promote screenings and help Black cancer patients as they deal with systemic racism in the health care system.

“You have to have someone that's level-headed enough to take their emotions out of it for a while, and so I think that's another thing that's created disparity,” she said.

Emotional support for Black cancer patients is important, Hodge said, because the only thing worse than having cancer is navigating it alone.

This story comes from a partnership between Iowa Public Radio and Side Effects Public Media — a public health news collaborative based at WFYI. Follow Natalie on Twitter @natalie_krebs.

Tags:cancercommunity healthcovid-19 pandemicracial disparitiesCOVID-19coronavirus
Support independent journalism today. You rely on WFYI to stay informed, and we depend on you to make our work possible. Donate to power our nonprofit reporting today. Give now.