One of Orange County's biggest employers, the century-old Paoli furniture factory, is shutting down.

The region already has some of the highest unemployment in the state, so local officials hope the closure can be an opportunity, not a setback.

The Paoli company will lay off 367 workers and close its furniture plant's doors by October 2017.

Lloyd Arnold directs Orange County's economic development partnership. He says the plant was a hold-out from an industry that started declining 20 years ago.

Now, Arnold says they're working with the state, towns and surrounding counties to find jobs for the displaced workers -- and to replace their dying wood industry with something new.

He thinks the million-square-foot Paoli factory could be ideal for another manufacturer, such as an auto parts supplier.

Right now, there aren't many in the region, which is within a couple hours of Indiana's GM, Honda and Toyota factories, plus Ford in Louisville.

Tags:manufacturingPaoliOrange County
Support independent journalism today. You rely on WFYI to stay informed, and we depend on you to make our work possible. Donate to power our nonprofit reporting today. Give now. 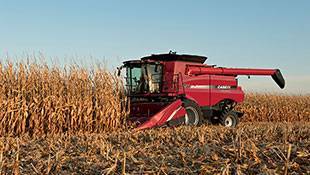 Indiana farmers are harvesting a record amount of soybeans, but those gains are being offset by lower than expected corn yields.