Pence At Tax Conference: Tax Reform A Priority Next Session

An Indiana Tax Conference held Tuesday focused on simplifying the state’s tax system. Governor Mike Pence says a simpler code will be a big part of his legislative agenda next session.

Participants at the conference included Arthur Laffer, the principal architect of Reaganomics, anti-tax activist Grover Norquist, and former Bush administration economic advisor Al Hubbard.  Their message is uniform: Indiana’s tax code is too complex and must be simplified to create a better environment for economic growth.  Governor Pence says that’s what he’ll take to next year’s General Assembly but notes the issue is not necessarily about raising or lowering taxes.

“This is not about revenues per se; this is about trying to look at a way that we can reform the tax code, lessen the burden of compliance on Hoosiers and Hoosier businesses and create a more attractive environment for investment through tax simplification," he says.

Pence wouldn’t get into more specifics, saying the conference and upcoming legislative study committees will form a plan for next session.

But House Minority Leader Scott Pelath says the conference won’t produce new ideas because the voices being heard from are the same ones who have crafted Indiana’s economic policies for a decade.

“You have to go on the track record – here simplifying has meant that consumers and workers should pay more of the burden and the people who are running the state ought to pay less," he says.

Pelath says the average household income in Indiana has dropped by more than six thousand dollars in the last ten years while the gap between the average incomes of the state’s top one percent and the bottom 99 percent have widened. 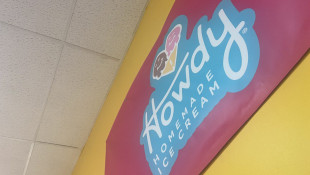 Howdy Homemade Ice Cream focuses on hiring those with intellectual and developmental disabilities.