Pence To Meet With Trump This Weekend

With the Republican National Convention a few weeks away, the Trump campaign is in the vetting process for vice presidential candidates. And Pence campaign spokesman Marc Lotter confirms the governor will, in Lotter’s words, “spend a little time” with Trump this weekend. He notes the meeting is consistent with other meetings Pence has taken with party leaders.

The Indiana Democratic Party accuses Pence of being more concerned with his own political ambitions than his job as governor, and says Pence wants to hit the eject button on his reelection campaign. Lotter insists the governor is committed to Indiana.

If Pence is chosen to be Trump’s running mate, he has until July 15 to remove his name from the gubernatorial race on the ballot. His replacement on the ticket this fall would be chosen by the Indiana Republican Party state committee.

Tags:Election 2016Mike PenceDonald TrumpIndiana politics
Support independent journalism today. You rely on WFYI to stay informed, and we depend on you to make our work possible. Donate to power our nonprofit reporting today. Give now. 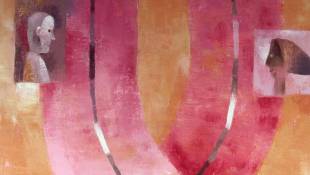 Report: Black And White Americans Are 'Worlds Apart' On Views Of Race

A new survey finds that as the Obama presidency comes to a close, America is starkly divided on race.