Four candidates are seeking election to the school board for the Metropolitan School District of Pike Township, which educates roughly 11,000 students in the northwest part of Marion County.

The candidates, who are vying for three spots on the seven-member board, could take over at a critical time for Pike Township, which had a rocky 2021-22 school year that featured protests from bus drivers and teachers. Schools were shuttered at least three times as bus drivers protested low pay.

The district, which consists mostly of students of color, parted ways with former superintendent Flora Reichanadter last January. Larry Young, a Pike High School graduate, is in his first year leading the district.

Now, the board must focus on improving not only last year’s low staff morale, but also declining academic results.

Pike was the only school district in Marion County where student proficiency declined rather than improved in English and math from 2021 to 2022 on the ILEARN test, as districts focused on the pandemic’s ongoing challenges.

Pike Township has an at-large school board, meaning all board members represent the district in its entirety. The three candidates with the most votes earn a spot on the board, and they will lead the district through 2026.

These members will be key in overseeing the performance of the district’s new superintendent and a new teacher contract; the previous contract expired in June.

Voters throughout Pike Township are eligible to cast their ballot for three candidates. The three winning candidates are those who garner the most votes.

On Election Day on Nov. 8, Marion County residents can vote at any of the county’s voting centers, which can be found at https://vote.indy.gov/. 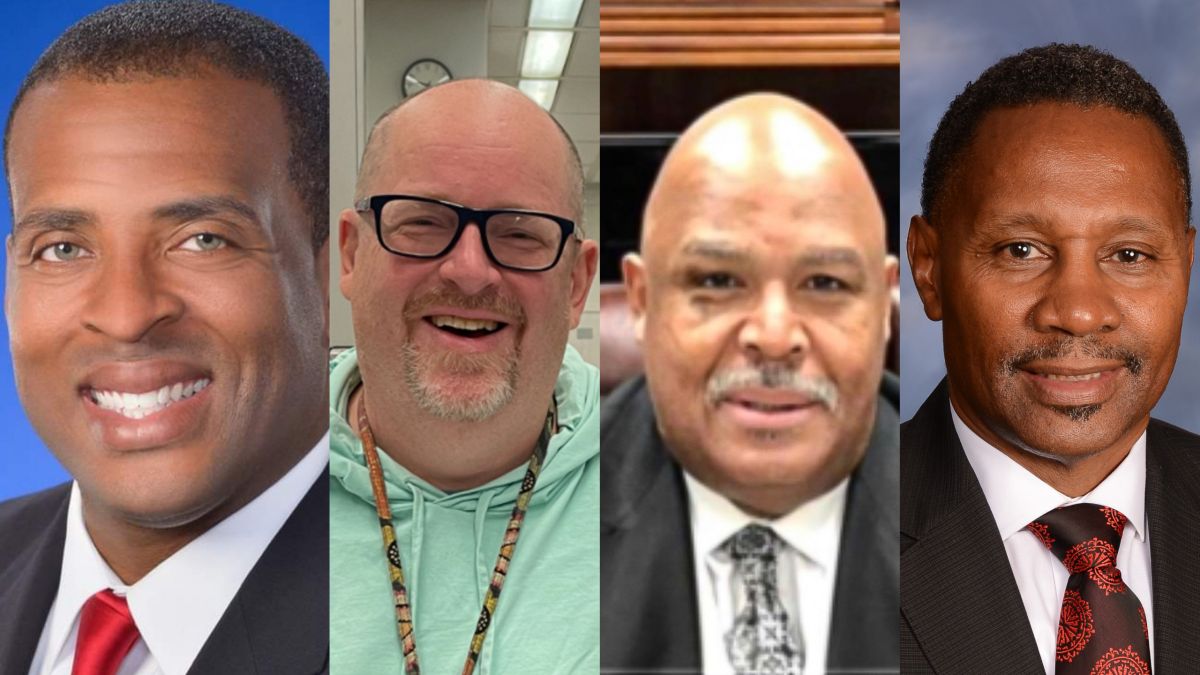 Four candidates, including incumbents Alonzo Anderson and Terry Webster, are running for this board seat. Incumbent Regina Randolph is not seeking re-election.

Alonzo Anderson, a firefighter for Monroe Township and former banker, is seeking his second term on the board. Anderson’s youngest daughter is part of the reason he first ran for school board in 2018: She experienced intense bullying in a Pike Township elementary school, he said, and now goes to Washington Township schools.

But he said he is still running for the school board in Pike to ensure a better experience for all Pike students, who he calls the community’s greatest resource.

Transparency between the superintendent and the school board is key to preventing a repeat of the employee protests from last year, he said.

Lowry said he is employed by Lowry and Co., an antiques and collectibles business that has store space in the Exit 76 Antique Mall south of Indianapolis.

His three campaign proposals include creating an honor teachers incentive program to expand the honors program within the district, creating a leadership and mentoring program for high school juniors and eighth graders, and creating a Pike Township aquatics program.

You can view Lowry’s campaign video here. Voters can email him at gogoguy22@yahoo.com.

Wayne Moore, the senior pastor of Olivet Missionary Baptist Church in the township, has three grandchildren in the district. He’s a roughly 30-year resident of Pike Township, and his children graduated from Pike schools.

His top priorities include rebuilding the district’s relationship with the community to ensure the district produces the type of students “that we once knew.”

Issues with drugs, guns, fights and disrespect toward school staff are more flagrant than just a few years ago, he said.

Webster also wants to make sure families get a diploma, not a certificate, “which means we have to work hard to keep students in classrooms,” he said.

Webster, the board’s current president and a local pastor, is seeking another term after winning his election in 2018. He leads Nu Corinthian Baptist Church and has two grandchildren in the district.

If reelected, his top priorities would be school safety, staffing the district with excellent educators, and ensuring the district is a thriving community that others see as a model.

Webster led the board during the past tumultuous year when it reached a separation agreement with Reichanadter and hired Young.

Getting students the mentoring and tutoring they need going forward is one potential solution for the decline in ILEARN scores, Webster said.

Correction: Former Superintendent Flora Reichanadter and the school district reached a separation agreement earlier this year. A previous version of this story misstated the nature of her departure.

Tags:2022 School Elections2022 electionPike Township
Support independent journalism today. You rely on WFYI to stay informed, and we depend on you to make our work possible. Donate to power our nonprofit reporting today. Give now.