The Indianapolis Star and TV station WRTV report the plants were found growing Monday night in a small cluster on the grounds of Greenbriar Elementary School.

The Indianapolis Metropolitan Police Department had been called to the school about 10:40 p.m. in response to an alarm. Police checking out the building found the small plants.

Washington Township Schools said in a statement that, according to law enforcement officials, the plants didn't appear to be cultivated.

Tags:MSD of Washington TownshipmarijuanaGreenbriar Elementary School
At WFYI, our goal is to cover stories that matter to you. Our reporting is rooted in facts. It considers all perspectives and is available to everyone. We don't have paywalls, but we do need support. So if unbiased, trusted journalism is important to you, please join us. Donate now. 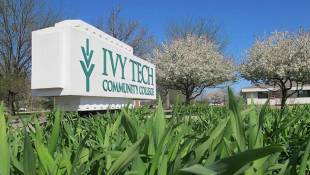 Marion County will join the state in it's reopening phase 4.5 on Thursday July 9. The county will also require face masks in public.
Read More