One of the most popular exhibits at the Children’s Museum of Indianapolis reopens to the public this weekend.

Dinosphere has been closed for the past year to undergo a $27.5 million expansion called Mission Jurassic.

She said there’s new sections to the popular exhibit, which first opened in 2004.

“We are introducing a new cast of characters and a new part of the Mesozoic-this whole time the dinosaurs were around to show you the different kinds of dinosaurs and how environments and the creatures that were living in those environments change through time,” Anné said.

A massive number of fossils have been uncovered at the “Jurassic Mile” site since 2019.

Scientists have been documenting and preparing the bones.

The exhibit includes Giants of the Jurassic, Creatures of the Cretaceous, Monsters of the Mesozoic Seas and the Dionosphere Art Lab.

Anné said she is excited for the public to experience the new and the old.

“We have three new casts when you first walk in, but all the other things in there are from the site or actually things that have been in our collections for years, these beautiful fossils that the public never got to see and didn’t know we had and now we get to show them off,” Anné said.

A public opening celebration is planned Saturday and Sunday. 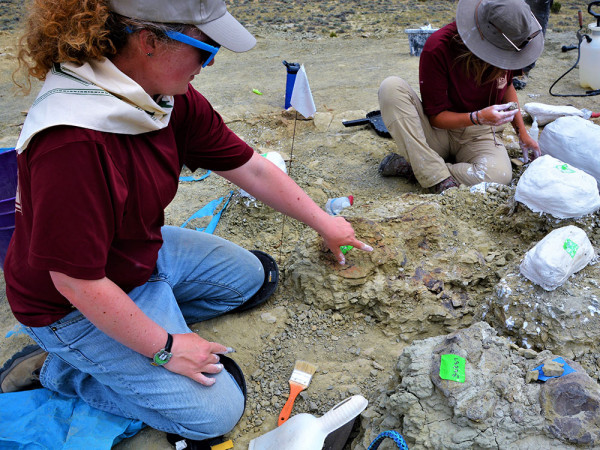 Tags:#childrensmuseumIndianapolis
Support independent journalism today. You rely on WFYI to stay informed, and we depend on you to make our work possible. Donate to power our nonprofit reporting today. Give now.