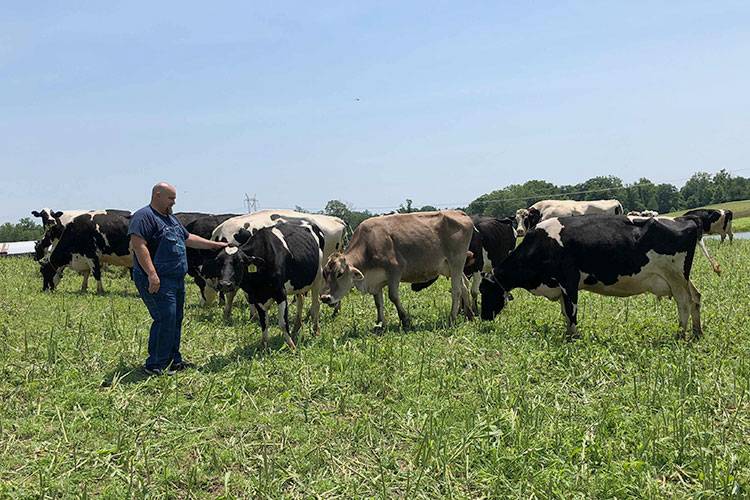 Jon Claycamp is one of six farmers who haven’t found other contracts after being dropped by Dean Foods. He’s now fighting to keep his farm. (Brock Turner/WFIU-WTIU News)

When Dean Foods decided last month to end procurement contracts with 27 of its 28 Hoosier farmers, dairy experts worried about the ramifications.

Some farmers were lucky enough to find new markets for their milk, but others were not. Demand just isn’t there anymore and a lot of farmers are having to rethink their futures.

Jon Claycamp says dairy farming is in his blood. He’s been the owner of Lot Hill Dairy Farm in Jackson County for nearly 30 years. With his wife by his side, he’s raised four kids and hundreds of cattle.

“Those cows, they get breakfast first, and they get dinner first and that’s just the way it is,” he says.

Claycamp grew up on the farm.  He and his father still work seven days a week to ensure the cows are happy and healthy. Jon says there’s nothing else he’d rather be doing.

“Right or wrong, they always come first. Cows are out, cows having calves, cows need milked, they need fed,” Claycamp says. “You do tend to put that before everything else. The whole family has to work together on it or it won’t work.”

His dad purchased the pasture in rural Jackson County after he graduated from high school. It was once home to more than 100 dairy cows. Now, Jon milks less than 40.

The rising costs of feed and supplies paired with a decreased demand for milk has caused dairy farmers like Jon across Indiana—and the nation—to cut back.

In 1975 the average American drank eight and a half ounces of liquid milk every day. Today, Americans drink about five ounces.

“Milk production as a dairy industry in the US has increased 60 percent since 1950, and our cow numbers—the cows that produce that milk—have decreased 64 percent,” he says. “We have much fewer cows, much higher production, and a much lower domestic consumption rate of fluid milk, so consequently we have more milk than we can drink and times are tough in the dairy industry.”

Doug Leman is the executive director of the Indiana Dairy Producers, an advocacy organization that represents farmers across the state. He says farmers will continue to be forced to make difficult decisions about their futures.

Leman was a dairy farmer for nearly 40 years. He raised his family on the farm, but in January 2011 Doug quit milking cows because margins were too slim to support them. He said it was the hardest decision of his life.

“We’ve got to be real about it and life does go on after milking cows, I can attest to that myself,” he says. “We’re not wanting anyone to have to get out, but some may have to make those tough decisions.” 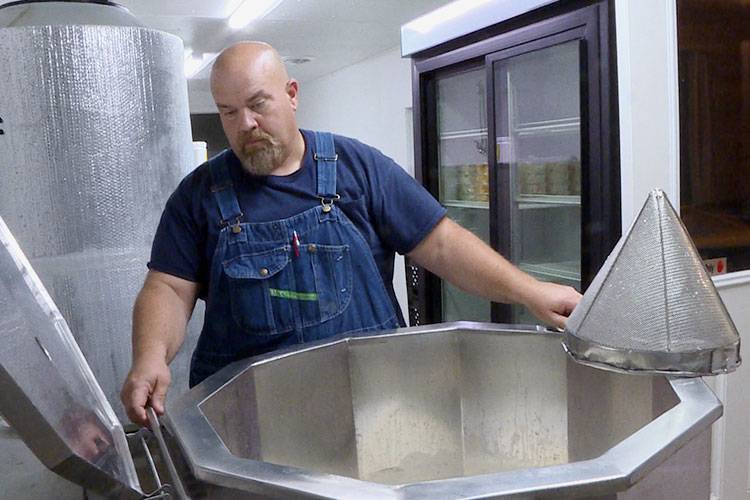 Claycamp does not want to give up. That’s why he’s started making his own gelato, milk, and cheese. Here he works on a batch of pepper jack cheese. (Brock Turner/WFIU-WTIU News)

Many farmers have left. Two out of every three Indiana dairy farms have closed up shop since 1997; there are fewer than 1,000 Hoosier dairy farms today.

Leman and Slipher both believe the industry will rebound, but they warn there could be harder times ahead for farmers both inside and out of Indiana.

“We’re all helpless at this time. There’s not really anything I can personally do to come out and affect them getting a market,” Leman says. “We can help with the communications—and that’s what I’m trying to do—but you know we cannot force somebody to take them on as a customer.”

It’s unclear exactly why Dean Foods pulled contracts from nearly all Hoosier farmers. The company declined to comment for this story.

But a spokesperson said in a statement that increased competition and “the introduction of new plants at a time when there is an industry-wide surplus of fluid milk processing capacity forced us into this position.” 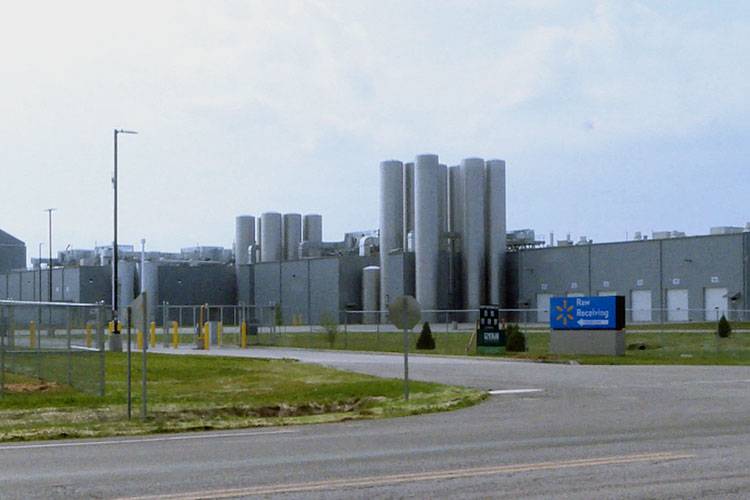 The new plant is the company’s first foray into food processing. It will produce white and chocolate milk for its house brand Great Value.

Walmart will take milk from some displaced Dean Foods producers, but not all of them.

Claycamp wasn’t offered an extension with Dean Foods, and Walmart didn’t ask him to be a supplier, either. And he says incentives aren’t available to him. 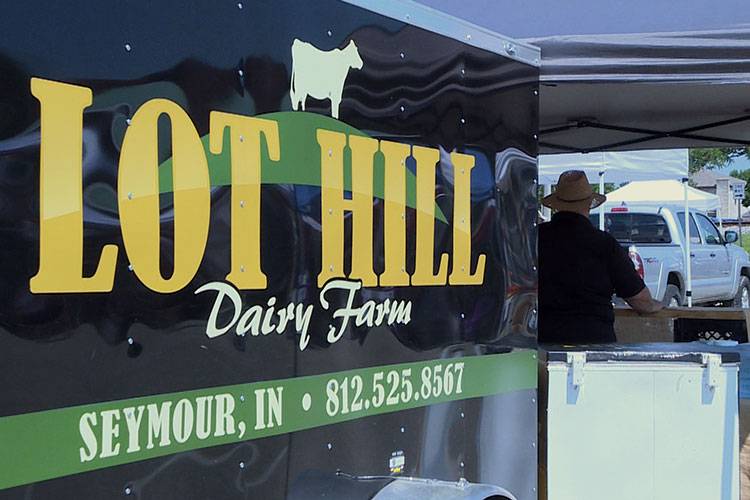 Claycamp admits the easiest thing to do would be to sell his dairy farm, but he doesn’t want to leave the industry he’s dedicated his life to without putting up a fight.

That’s why every Saturday he attends the local farmers market in Seymour. He loads up his trailer and brings coolers filled with gelato, milk, and cheese. He hopes to start turning a profit in the next couple of weeks.

Corporate politics are of little concern to him.

“I’m not Walmart,” he says. “I don’t need to make millions of dollars per year, I just want to make the farm payment and that’s it.”

In the meantime, Claycamp will savor every moment he gets with his cows on the pasture.

Tags:dairy farmsmilk
At WFYI, our goal is to cover stories that matter to you. Our reporting is rooted in facts. It considers all perspectives and is available to everyone. We don't have paywalls, but we do need support. So if unbiased, trusted journalism is important to you, please join us. Donate now.