The protest expected outside the Indiana Statehouse Sunday afternoon in support of President Donald Trump and his false claims of election fraud didn't materialize.

Flyers posted on light poles near the Statehouse advertised a "Stop the Steal" rally beginning at noon Sunday, but the scene remained quiet as 1:30 p.m. approached. New signage around the grounds announcing that "weapons and destructive devices" are prohibited on the government center campus were the only noticeable changes outside. Inside the Statehouse, there was an increased police presence and a few Indiana National Guard troops.

But so far, I haven’t seen any evidence of such a gathering.

The demonstration was promoted following the Jan. 6 insurrection at the U.S. Capitol and warnings of potential violence across the country leading up to President-elect Joe Biden's innauguration on Wednesday.

Last week the FBI issued warnings of potentially violent protests in every state capital leading up to Biden’s being sworn in as the nations' 46th president. That prompted other state’s to increase security around their capitol buildings -- including barricades, increased law enforcement personnel and the activation of National Guard troops.

There are no barriers around Statehouse, but Gov. Eric Holcomb has announced that state government buildings in Indianapolis will be closed through Wednesday out of “an abundance of caution” following the threats related to Biden’s inauguration and the Jan. 6 insurrection at the U.S. Capitol.

Leaders of Indiana’s General Assembly also canceled all legislative activity for the week, at the urging of Indiana State Police.

The governor’s office said Friday that there were no credible threats against the Statehouse.

In an interview with WFYI last week, Indianapolis Metropolitan Police Department Deputy Chief Josh Barker said demonstrations were expected, but the department had no information that raised concerns that there would be illegal activity or criminal behavior. 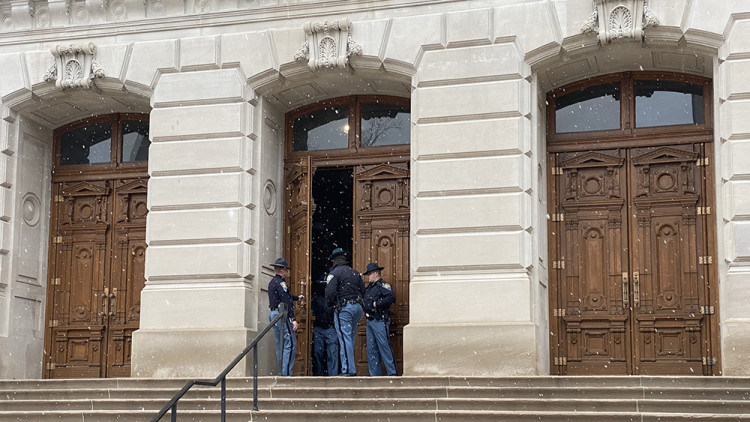 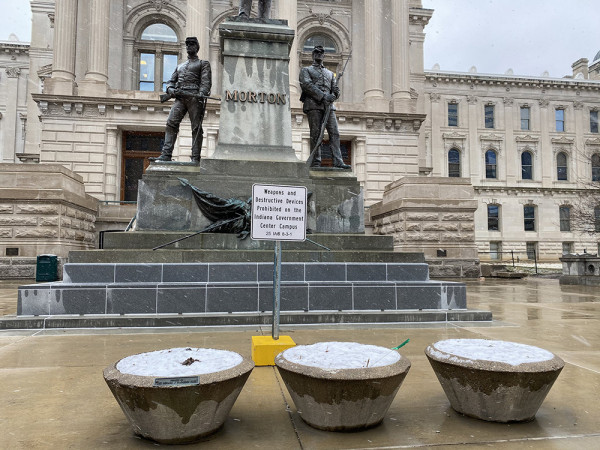 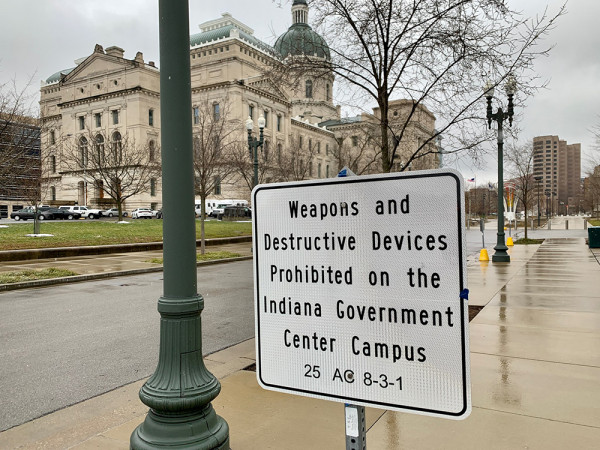 Tags:Indiana StatehouseprotestsDonald Trump2020 electionIndianapolis
Support independent journalism today. You rely on WFYI to stay informed, and we depend on you to make our work possible. Donate to power our nonprofit reporting today. Give now.

Victims of non-fatal shootings in Indianapolis have been reluctant to provide law enforcement with information about who shot them.
Read More

The Senate map will be unveiled Tuesday, revealing which state Senate districts Hoosiers will live in for the next decade.
Read More

Here's How To Help Afghan Evacuees In Indiana