The Purdue Board of Trustees will vote later this week on whether to split Indiana University - Purdue University Fort Wayne into two separate institutions.

On Monday, representatives from IU, Purdue and IPFW met in Fort Wayne, along with State Sen. David Long, R-Fort Wayne, to answer some questions from the public.

If the agreement is passed by Purdue trustees, IU will take over health science departments and Purdue will govern all other programs.

Some students are worried about what this means for the future of their degree, including students in IPFW’s Department of Music. For example, that program would transition from IU to Purdue, even though Purdue doesn’t currently offer a music major program.

Purdue President Mitch Daniels says IPFW’s music department is independent now, and will continue to be strong in the transition, along with other degrees that will change from IU to Purdue.

“I don’t think I have to make any apologies for the academic reputation of Purdue University,” Daniels said.

IU President Michael McRobbie agreed that programs transitioning from IU to Purdue will retain their strength.

“Departments that will now be giving Purdue degrees I think are not in the slightest way going to be diminished and will have the same luster associated with them as they do being associated with an IU degree at the moment,” McRobbie said.

Other questions focused on the budget and declining enrollment. The presidents of the universities said the split will save money and increase enrollment, without specifying details.

Long, who represents portions of Whitley and Allen counties in Northeast Indiana in the legislature, says he would like to see IPFW retain its name and its designation as a metropolitan university, instead of becoming regional campuses of IU and Purdue. 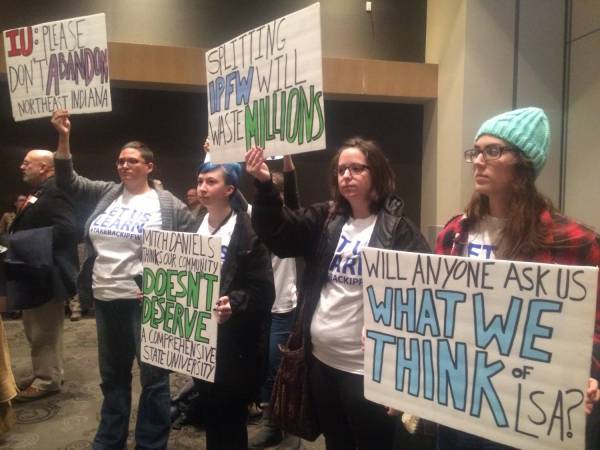 Tags:Fort WayneIndiana University-Purdue University Fort WayneIPFW
Support independent journalism today. You rely on WFYI to stay informed, and we depend on you to make our work possible. Donate to power our nonprofit reporting today. Give now. 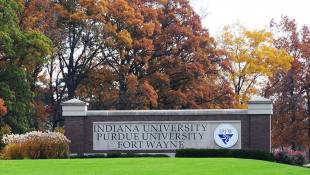 The university's political science department will absorb the program.