DETROIT (AP) — Purdue is the NCAA Tournament's highest seed from the Big Ten, and has arguably been the conference's best team this season.

What the Boilermakers didn't do was win the league — in the regular season or the conference tournament — and that leaves them with plenty of unfinished business.

"I think it's a big motivation. Obviously disappointing to not win your conference or your tourney, but I felt we played really well throughout the majority of the season," said Isaac Haas, the 7-foot-2 senior who can be a matchup problem for just about any opponent. "We had a few bad stretches, but it's just a matter of learning and improving."

The second-seeded Boilermakers face 15th-seeded Cal State Fullerton on Friday in the East Region. Purdue is coming off a lengthy layoff after the Big Ten had its tournament earlier than usual this season — but the break wasn't as long as some other teams in that league faced. That's because the Boilermakers reached the tournament final before losing to Michigan .

Purdue also finished as a runner-up in the regular season, tied with Ohio State for second place.

It looked like the Boilermakers might cruise to a Big Ten title when they went on a 19-game winning streak that included a 12-0 start in league play. Then they dropped consecutive games to Ohio State, Michigan State and Wisconsin.

Purdue rebounded quickly after that, and coach Matt Painter's team presents plenty of challenges. Haas averages 14.9 points a game, and the Boilermakers surround him with good marksmen. Purdue (28-6) is one of the top 3-point shooting teams in the country at 42 percent.

"Obviously Purdue is an extremely good ballclub. Watching them on film and watching them statistically, I'm trying to figure out if they're not an NBA team the way they shoot the basketball," Cal State Fullerton coach Dedrique Taylor said. "And they have the best of both worlds in terms of their inside presence, and then they shoot the ball extremely well from the perimeter. We'll have our work cut out for us."

The Titans (20-11) lost their season opener by 42 to Southern California and fell by 19 to Saint Mary's, but that was back in November. They'll have to play better than that — against even tougher competition — if they want to pull off the upset this week.

Other things to watch in the East Region on Friday:

TAKING CARE OF THE BALL: Butler averages only 11.2 turnovers per game, but the 10th-seeded Bulldogs have met their match in seventh-seeded Arkansas (23-11), which averages only 11. The teams play in Detroit after the Purdue-Cal State Fullerton game.

Razorbacks coach Mike Anderson is known for a frenetic, up-tempo style of play, but his teams haven't necessarily been sloppy on offense.

"That's been the case wherever I've been. We value the basketball," Anderson said.

Anderson's calling card has been his "Fastest 40 Minutes in Basketball" — but Arkansas has changed a bit the past few seasons. As of Thursday afternoon, the Razorbacks were just 92nd in the nation in adjusted tempo, according to kenpom.com.

"I would say we're a group of tough guys that like to get the job done," Bulldogs guard Kamar Baldwin said. "No matter how we do it, we're going to get it done. Like our motto — we're gritty, not pretty."

CALM BEFORE THE STORM: Murray State is well aware it hasn't experienced anything like the pressure defense it will face against West Virginia.

"You can't simulate it, the pressure they are going to see," coach Matt McMahon said. "But I expect them to be ready to go on Friday. We know we will have to handle their pressure, not just in the full court. But they're just as good in the half court with their man-to-man pressure."

The 12th-seeded Racers (26-5) will bring a 13-game winning streak into Friday's game against the fifth-seeded Mountaineers in San Diego. In its previous two NCAA appearances — 2010 and 2012 — Murray State pulled off wins.

Is another looming, especially with the Racers one of the ever-popular No. 12 seeds?

Making West Virginia (24-10) nervous will mean handling the Mountaineers' pressure and two-time Big 12 defensive player of the year Jevon Carter. West Virginia wants to create chaos but has allowed at least 70 points in each of its 10 losses.

"You have to trust it and you're going to give up some layups sometimes and some easy shots. Sometimes it's just not going to work," West Virginia coach Bob Huggins said. "But I think over the long haul, it's been good for us."

LONG WAIT: Marshall is making its first NCAA Tournament appearance since 1987, and the 13th-seeded Thundering Herd (24-10) will face a program that's much more familiar with this stage in recent years. Fourth-seeded Wichita State (25-7) is making its seventh straight appearance — it reached the Final Four five seasons ago.

Marshall guard Jon Elmore said the Thundering Herd are motivated by the challenge.

"Now we're to the point where we want to beat teams like that," he said. "Wichita is a class act. You never hear anything bad. You only hear how good they are and how great their players are."

Tags:NCAA men's basketball tournamentPurdue Universitybasketball
Support independent journalism today. You rely on WFYI to stay informed, and we depend on you to make our work possible. Donate to power our nonprofit reporting today. Give now. 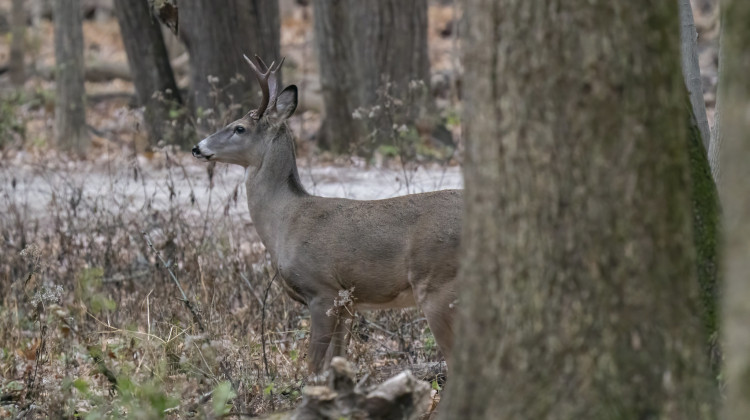 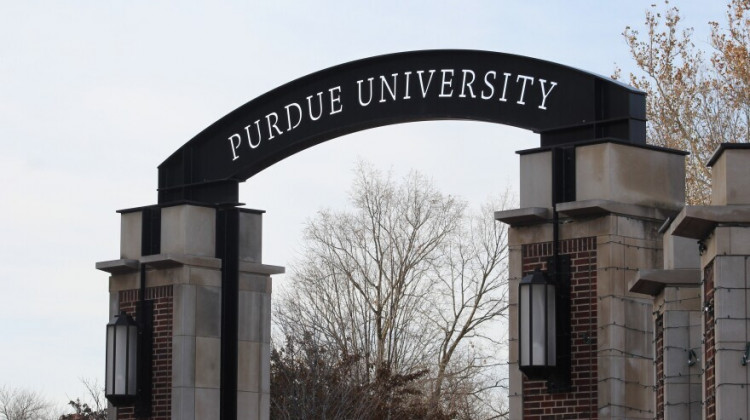