When birds run into airplanes, it’s not just bad for the animals. It can also cost airlines money and make passengers fear for their safety. A study from Purdue University says certain colored lights could be part of the solution.

Though lights have been used to deter birds in the past, Purdue researchers say those decisions didn’t always consider how birds view the world. For example, birds see more colors than we can and process images faster. Professor Esteban Fernandez-Juricic who co-authored the study researches this topic at Purdue.

“So the challenge has been how we can develop a light that is going to be highly conspicuous for a bird,” says Fernandez-Juricic.

The study gave birds a choice of two windows to fly through. One with a colorful light, the other with the light off. While the birds acted neutrally toward white, green, and ultraviolet lights, researchers found they heavily avoided blue and red lights. Fernandez-Juricic says they'll need to do more studies to find out why. 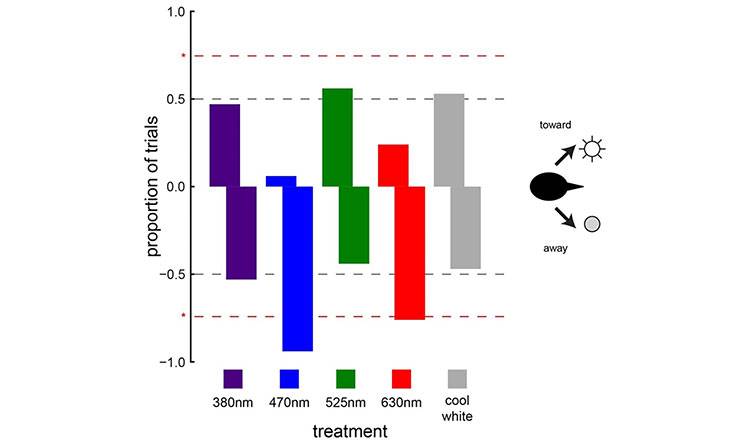 For the study, researchers only used brown-headed cowbirds — a bird that often collides with planes. But Fernandez-Juricic says researchers need to study other birds that cause bird strikes to see if they have the same reactions. He says the study was also done in the daytime, so research will have to be done at night as well.

Purdue researchers say, if blue and red lights work on other species of birds, it could be used in places aside from airports — like on wind turbines, which have been known to cause bird deaths.

Tags:Purdue Universitybird strikesaviation
Support independent journalism today. You rely on WFYI to stay informed, and we depend on you to make our work possible. Donate to power our nonprofit reporting today. Give now.