Fort Wayne could soon have Purdue University’s first and only school of music. That was a proposal made Friday by faculty and administrators at Indiana University--Purdue University Fort Wayne, which is in the process of being split into two universities.

Students and faculty were worried that Purdue’s lack of a music degree might mean the end of the program in Northeast Indiana. They were also concerned about the degree’s future without the reputation of the IU Jacobs School of Music behind it.

But John O’Connell, dean of the College of Visual and Performing Arts, says the split between IU and Purdue will be an opportunity to make the music program a unique offering at the Fort Wayne campus.

“This is a great opportunity for Fort Wayne to have a distinguished, signature program as the School of Music for Purdue,” O’Connell said. “It allows us to enrich our current programs and develop some new ones.”

One of those degrees would be a new music technology major, which is currently offered as a minor with an endowment from Sweetwater Sound, an audio and music company in Fort Wayne. Chuck Surack, the owner of Sweetwater, says the company is also interested in partnering to create a music business and industry degree and a popular music degree.

O’Connell says Fort Wayne has many resources to offer a school of music, including the Fort Wayne Philharmonic, skilled faculty, and the Rhinehart Music Center, which O’Connell says is acoustically better than IU’s performance hall.

He says changing the program from a department to a School of Music will require them to add more tenured faculty and create graduate degrees.

Purdue President Mitch Daniels is supportive of the idea, and says he would like to see resources provided to Fort Wayne to make the School of Music a reality.

Tags:Purdue UniversityFort WayneIndiana University-Purdue University Fort Wayne
Support independent journalism today. You rely on WFYI to stay informed, and we depend on you to make our work possible. Donate to power our nonprofit reporting today. Give now. 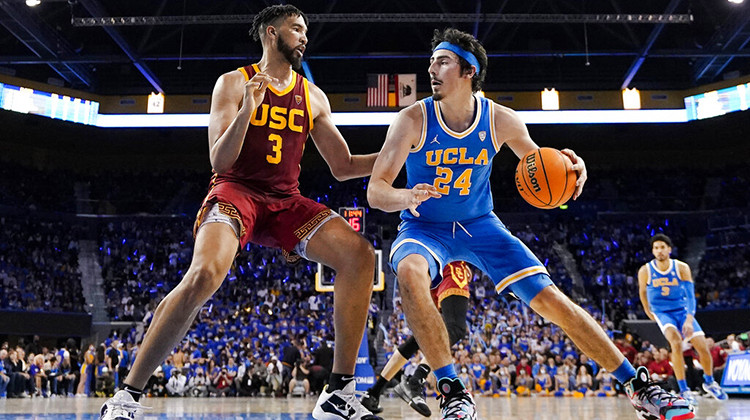 In a surprising and seismic shift in college athletics, the Big Ten voted Thursday to add Southern California and UCLA as conference members beginning in 2024.
Read More