WEST LAFAYETTE, Ind. -- Things are looking up for the quality of this year's corn and soybeans in Indiana and around the Midwest.

That's according to the latest numbers from the USDA, which could be good news for farmers in a year with a bumper harvest in the forecast.

That would mean more supply for the same demand, which might cause lower prices at the grocery store -- but could also mean less money for farmers.

So Indiana's crop checkoff organizations -- the Corn Growers Association and Soybean Alliance -- are hoping for high quality, as well as quantity, to nudge those prices back up.

As of this week, the UDSA says 53 percent of Indiana corn is in good condition, with 20 percent considered excellent -- both slightly above the 2015 national average. And Indiana isn't the only state doing well, according to checkoff spokeswoman Megan Kuhn.

That's compared to last year, when, she said, bad weather singled out Indiana's crop. That made the effect of low grain prices worse in Indiana than elsewhere in the Midwest, Kuhn said.

Agronomists will "set the tone" for harvest season Friday at the State Fair, Kuhn said, when they announce whether crop yields are measuring up to earlier predictions.

Tags:AgriculturecornUSDAsoybeansIndiana Corn Growers AssociationIndiana Soybean Alliance
Support independent journalism today. You rely on WFYI to stay informed, and we depend on you to make our work possible. Donate to power our nonprofit reporting today. Give now. 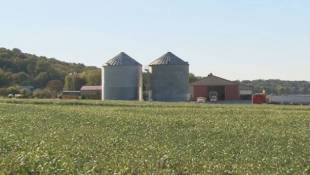 Indiana farmland values have been falling since 2014, but the estimated decline this year is especially steep. 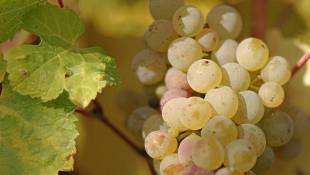 The number of wineries in Indiana continues to climb as wine sales -- and excise tax revenue -- decline.