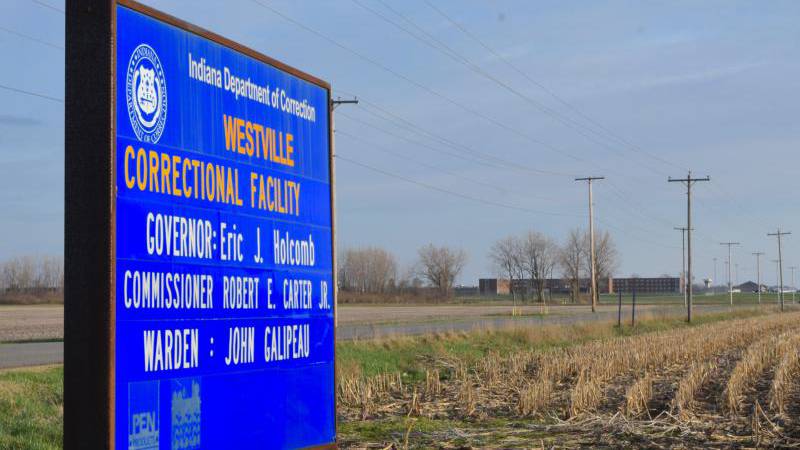 On the day Scottie Edwards died, he nearly fell over on the way to the bathroom. A pair of fellow inmates at the Westville Correctional Facility propped him up and got him to sit down on a toilet.

“He had been sick for about a week and a half,” says one inmate named Josh in a recorded call. He asked to be identified by his first name, because he fears retaliation from prison staff.

Edwards, 73, had been sentenced to 40 years in prison after attempting to kill someone in 2001. He would have been released to home detention on May 1, according to court documents. But he began showing symptoms of COVID-19 in early April, according to an account by three inmates who lived with him in a dormitory. He was short of breath and his chest hurt. He could barely talk, was dizzy, sweaty and throwing up.

Edwards couldn’t even make it to see medical staff on his own — other prisoners say they pushed him in a wheelchair. Each time, he was sent back to his quarters.

These prisoner accounts contradict a statement the Indiana Department of Correction released after Edwards’ death, and raise questions about the care inmates receive for COVID-19. The state says five prisoners have died from the coronavirus, with two additional presumed COVID-19 deaths. Others inside worry that prison staff will not take their medical needs seriously, even in dire circumstances.

On the afternoon of Tuesday, April 14, the agency sent out a statement that indicated Edwards’ symptoms came on suddenly: “The offender, a male over the age of 70, who did not have indications of illness, reported experiencing chest pains and trouble breathing on Monday.” The state declined an interview request from Side Effects.

The Westville inmates disagree with the official version, and say Edwards’ treatment is part of a pattern of disregard for their health. “There is a major problem here with this place and its [sic] outta control," wrote Josh.

More than 330 Indiana prisoners have now tested positive for the coronavirus, and inmates and their family members have been alarmed by the conditions in the state’s prisons during the pandemic. They’ve told Side Effects about tight quarters where social distancing is impossible, and a scarcity of masks and hand sanitizer — measures the Centers for Disease Control and Prevention has emphasized to curb the spread of the virus.

Across the nation, the ACLU and other advocates have called for the early release of some prisoners in order to reduce the spread of the virus. Locals have organized protests outside Westville and the Indiana Women’s Prison to call attention to the conditions inside. So far, Indiana Gov. Eric Holcomb has left decisions about early release up to local courts.

The Marion County court decided on April 6 that Edwards could be released May 1 on home detention.

"I sent the paperwork to Mr. Edwards but it was returned to me marked 'deceased,'" said Cynthia Carter, Edwards' former attorney, in an email to Side Effects. "I doubt he ever got to see it."

"This is a terrible tragedy," she added. "He was not just another case; I considered him a friend." 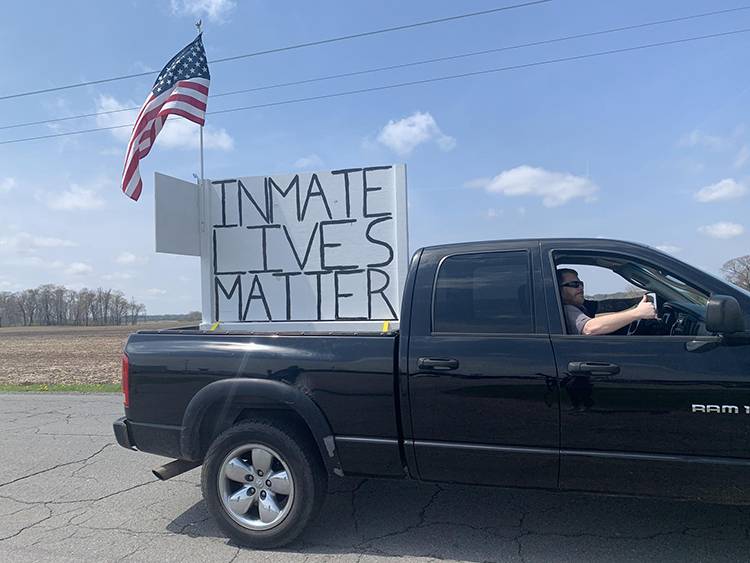 Westville inmates say Edwards took medications regularly and had chronic health problems that — combined with his age — could have made him especially vulnerable to the coronavirus.

Edwards was African American, but on April 13, the day he died, Josh says Edwards looked pale. “He sounded like he was winded like he had just ran a marathon,” Josh wrote. “He was just saying i cant breathe i cant breathe [sic].” He says an officer called the prison medical staff, who tended to Edwards in the bathroom for about 45 minutes.

“They finally took him out on oxygen,” Josh says. “Next thing we know, he died.”

The Porter County Coroner’s Office told Side Effects that Edwards died of acute respiratory failure at 11:07 p.m. at a nearby health care facility. Side Effects was unable to reach members of Edwards’ family for comment.

Stern says it’s difficult to judge the care Edwards received without seeing his medical records. Edwards could have had a chronic heart condition that would explain his chest pain, for instance. Some people go downhill very quickly, Stern said, and an earlier COVID-19 diagnosis may not have made a difference in how staff treated Edwards.

Still, Stern says there are red flags: “It doesn’t sound like a slam dunk that they did the right thing.”

Three prisoners at the Plainfield Correctional Facility have similar accounts about one of the men who died there.

“He didnt [sic] even know where he was,” one inmate wrote. Medical staff had checked on the man, who mumbled in response, but left him in the quarters. A prisoner tried to convince officers that the man’s condition was serious — the man couldn’t catch his breath — but the officers brushed it off.

The prisoners say he died in his bed in the crowded dorm.

“You must be almost dead to get outside help,” wrote the Plainfield inmate.

Four Plainfield prisoners have died during the coronavirus pandemic. The Department of Correction has not released a statement about any of those men.

Prisoners and their family members say conditions in the prisons have barely improved in the last few weeks. Some report that prisoners with no symptoms were moved into sleeping quarters full of sick people. Inmates at Plainfield say that after the second prisoner died, staff emptied the room, temporarily moving all of the inmates into another already crowded unit.

As the virus spreads, prisoners worry the deaths will continue.

After Edwards died, Westville inmates say that others in the dorm were tested for COVID-19, and most came back positive. Josh says another man in his dorm complained about similar symptoms, and correctional officers wrote the man up for being disruptive.

“Everybody here is terrified,” Josh says.

Tags:Indiana Department of CorrectionprisonscoronavirusCOVID-19
Support independent journalism today. You rely on WFYI to stay informed, and we depend on you to make our work possible. Donate to power our nonprofit reporting today. Give now.