The beginning of the coronavirus pandemic was a stressful time for Americans. With people stuck at home and unsure of the future, many turned to alcohol to cope.

Studies reported a 50 percent spike in drinking initially, with levels remaining elevated throughout 2020. Addiction experts say it’s still an issue that could have serious consequences down the road.

“The first four weeks, (demand for alcohol recovery services) was so slow, and then it just has exploded ever since,” said Spencer Medcalf, lead peer recovery coach for IU Health Virtual Care.

Medcalf oversees peer recovery services for 15 emergency departments across IU Health, the state’s largest hospital system. When someone arrives at an ER with substance-related issues, he connects them with recovery resources and pathways to treatment.

The number of people referred to Medcalf’s services has jumped 65 percent from pre-pandemic levels – the program saw 560 patients in 2019, when it was first implemented. That ballooned to 925 in 2021. Last month’s numbers were the highest for a February. 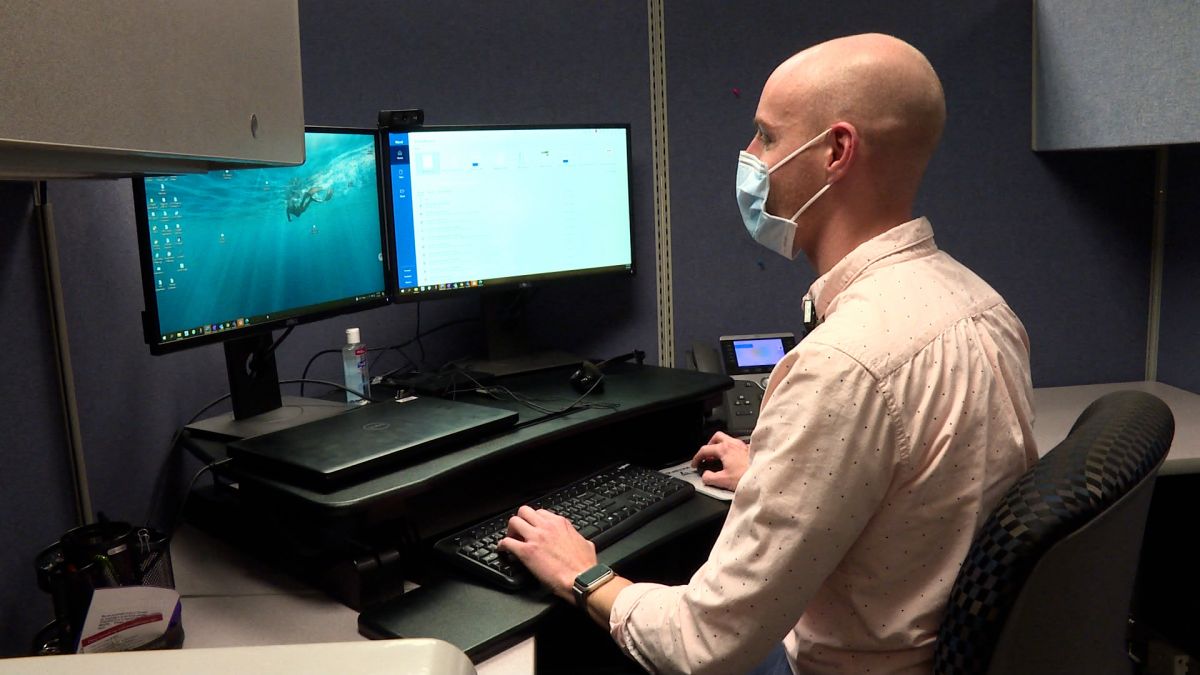 “Prior to COVID, what we were seeing were folks that maybe were drinking five to six beers, maybe kind of at that level where they didn't really need inpatient detox,” Medcalf said. “Now, I would say most patients that we're seeing related to alcohol are almost slam-dunk cases for inpatient detox.”

Brandon George helps oversee recovery services and advocacy for Mental Health America of Indiana. His conversations with recovery organizations around the state have shown an increase in demand for their alcohol-related services, he said.

“As people got settled in, I think that the people got into a new normal. And now I think you're starting to see some of the impacts of just that,” George said.

Nationwide, alcohol sales are higher than they were prior to March 2020. In Indiana, alcoholic beverage tax revenues increased by $6.5 million from fiscal year 2019 to 2021.

For Indianapolis resident Matt Cochran, the pandemic pushed him back to the bottle. He was recovering from alcoholism in March 2020 but had trouble dealing with the uncertainty and stress that came with the pandemic.

He started drinking in the evenings for some relief. A year into the pandemic, it got to the point where he was drinking throughout the day. Cochran said the alcohol consumption took so much of a toll on his body that he had to spend an evening in the hospital, and that’s when he knew he had to check himself into a recovery center. He’s been sober for seven months now.

“The scariest place for an alcoholic to be is isolating and not around anybody else,” Cochran said. “We're at home, and there's nothing else to really do, so we drink.”

Medcalf said the pandemic impacted alcohol consumption for two categories of people: those whose recovery was interrupted by COVID, and those who began drinking more because of it.

Lockdowns and other pandemic restrictions upended recovery communities, pushing people such as Cochran to fall back into their addiction.

On the other hand, pandemic stresses pushed many people to start drinking more.

“There's not the same red flags you would have with other drug use that immediately show, ‘Hey, we should take a look at this,’ because alcohol is so accepted,” George said.

George said it’ll take some time to feel the full scope of Hoosiers’ increased drinking. The impacts could mean more medical issues for heavy drinkers – requests for liver transplants increased by more than 50 percent in 2020. Or it could impact their jobs and family life, if it hasn’t already.

“A lot of times it's a slower, more sustained progression over a period of time,” George said. “And so, where you might see a huge uptick in regular drug overdoses, a lot of times the effects from alcohol won't be felt ’til later on.”

George said he’s been in contact with people at the Statehouse who are actively monitoring the situation.

The hope is with things opening back up, more community-centered recovery treatment will be available and Hoosiers who have an issue will be able to get the help they need.

Tags:coronavirusCOVID-19alcoholsubstance use disordersrecoverymental health
Support independent journalism today. You rely on WFYI to stay informed, and we depend on you to make our work possible. Donate to power our nonprofit reporting today. Give now.