Report: Indianapolis Start-ups Growing Slower Than Most In Nation 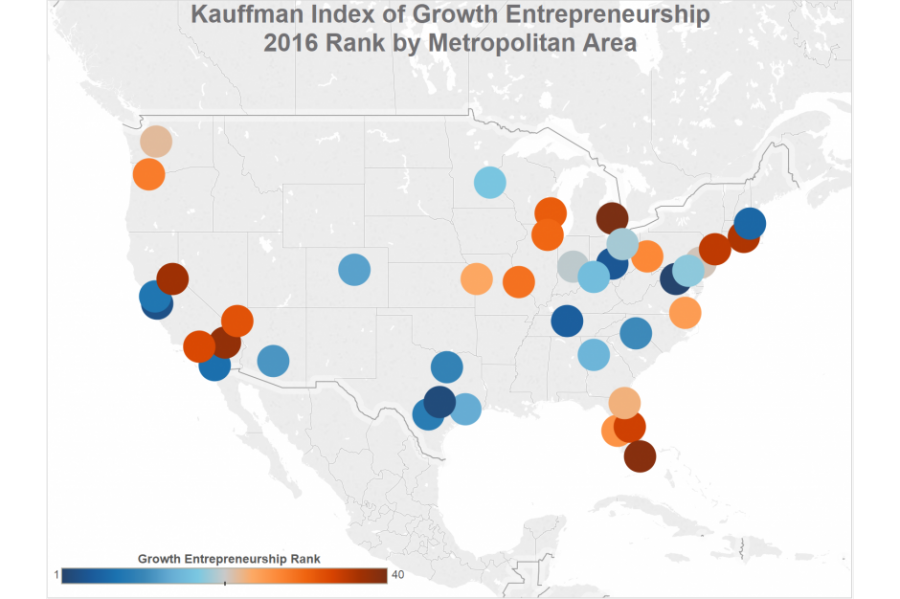 A new report ranks Indianapolis last in the nation for start-up job growth.

The Kauffman Foundation puts out annual indices measuring entrepreneurial activity in the nation's 40 largest metropolitan areas. But this is its first report on annual growth at existing start-ups.

The 2016 report ranks Indianapolis last for jobs added at start-ups in their first five years of operation.

At a rate of 35.3 percent, a company that began with six employees has only added about two. Compare that to San Jose, where the report says the average start-up has more than doubled its staff.

But overall, the city's entrepreneurial growth rate saw one of the biggest drops of any nationwide, from 11th place last year to 20th this year.

That's even as Indiana towns invest heavily in co-working spaces to start businesses and draw talent. Emily Carter helps run one of those spaces -- Lafayette's Matchbox, home to about 50 start-ups.

Though several have expanded this year, she says, many have just one or two employees. But Carter says success should be measured by more than staffing and funding

Carter says the startups in the report are doing well for just being five years old.

Read more from the new Kauffman Index here, or check out Indianapolis' numbers below: 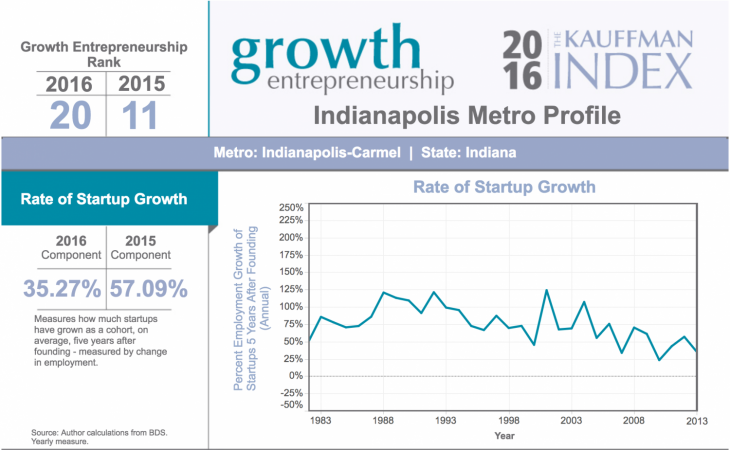 Tags:IndianapolisKauffman Indexentrepreneurshipstart-upsco-working spacejob growth
Support independent journalism today. You rely on WFYI to stay informed, and we depend on you to make our work possible. Donate to power our nonprofit reporting today. Give now.