A new report shows while the national pay gap between men and women is shrinking, Indiana’s is getting worse.

The Indiana Institute for Working Families says the average difference in pay between a full-time male worker and a full-time female worker grew two percent from 2015 to 2016. The report says men earned an average of nearly $13,000 more, giving the state a 26 percent pay gap.

Erin Macey is a policy analyst with the institute. She says women tend to be clustered in lower paying jobs than men. But, there are other factors contributing to the difference.

“A small percentage is still explained by experience,” Macey says. “That’s probably women moving out of the workforce more often for care-giving roles. And, then there is a large unexplained gap. And, this is where pay discrimination takes place.”

The gap is even wider for minority groups in Indiana. According to the research, black and biracial women experience a wage gap of roughly 36 percent. And, Latinas see a 44 percent difference in pay between men and women.

The disparity can also vary depending on where people live. Porter County has a nearly 40 percent wage gap, which makes it the worst in the state. Martin County’s wage gap is the smallest, at just under six percent. The report says the gaps are usually smaller in more densely populated counties, which makes Martin County an exception. The small gap could be the result of the high concentration of federal employees living in the area.

Macey says the pay disparity can have long-term, negative consequences for women. Hoosier women are less likely to own homes and businesses than men. They also struggle more to save for retirement and pay off student loans.

“Women experience poverty more often than men, particularly single mothers,” Macey says. “And, that was a stat that honestly I looked up six or seven times because I just found it to be so extreme.”

The report says nearly 40 percent of single-mother households lived below the poverty line in 2016.

Macey says state legislators can help address the issue through stronger equal pay laws, increased education and a boost in the minimum wage.

“We also have to resolve work and caregiver tensions,” she says. “More and more women are primary breadwinners, but they are also caregivers for their families.”

It ranks Indiana’s gender pay gap as the sixth highest in the nation.

Tags:Indiana Institute for Working Familieswage gapIndiana wage gap
Support independent journalism today. You rely on WFYI to stay informed, and we depend on you to make our work possible. Donate to power our nonprofit reporting today. Give now. 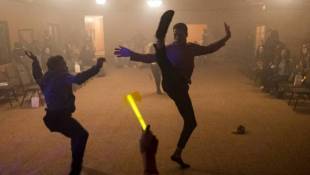 Getting Down And Getting Tested At Underground LGBTQ Balls

Black men who have sex with men make up the largest share of new HIV cases. Yet funding for prevention and health care isn't targeted toward this community. This leaves grassroots groups to pick up the slack. 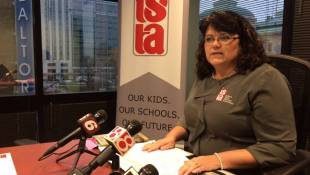 The Indiana State Teachers Association says educators feel disrespected, and it plans to work on changing that next year. 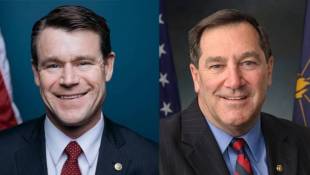