Report: Number Of Hate Groups Down In Indiana

An annual report from the Southern Poverty Law Center says while hate groups nationwide increased by about 7 percent last year, the number went down in Indiana.

The data says Indiana had 24 hate groups last year, down from 30 hate groups in 2017. That ties the state with Missouri for 14th in the nation.

But Indiana University Maurer School of Law Professor Jeannine Bell says there are likely more hate groups in the state than the report claims.

"Hate groups are small organizations and they may or may not be publicizing their activities," Bell says.

The civil rights watchdog says the number of white nationalist groups nationwide surged by almost 50 percent last year. But the report shows Indiana saw a decrease in those groups.

At the same time, the number of anti-muslim, black nationalist and neo nazi groups went up in the Hoosier state.

The SPLC says visible KKK activities across the country are few and far between, but mentions a September rally in Madison, Indiana.

While fewer than 20 KKK members showed up, the gathering drew hundreds of protestors.

The SPLC's report comes the same week lawmakers changed a hate crimes proposal by removing a list of victim characteristics and instead saying a judge can consider bias during sentencing.

"One state, Georgia, had a hate crime law that had this sort of blank lack of characteristics and a court found it void for vagueness," she says. 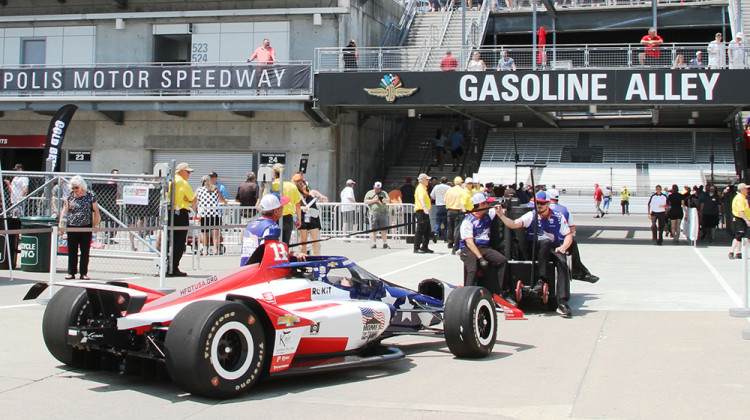