The coalition supports short term fixes to the North Split infrastructure and alternatives to a rebuild, such as a multimodal boulevard.

Mayor Joe Hogsett conveyed his support in a letter read at the meeting.

Rethink 65/70 presenter Kevin Osburn said he’s pleased to have the city on the coalition’s side and believes the Indiana Department of Transportation can land on a plan that addresses community concerns.

“We need to look at some short-term fixes and buy some time to look at a realistic long-term vision that considers cost and traffic conditions, but also the economic development and quality of life issues,” Osburn said.

The meeting was packed with residents, including Lisa Lobdell, who says she’s fearful for the city’s future if the INDOT rebuilds the interchange with widened lanes and walls.

“It would devastate those neighborhoods,” Lobdell said, “and all of the work that’s been done over the last 40 or 50 years to rebuild those connections and get those property values up.”

INDOT released an analysis last month of potential rebuild concepts for the downtown Interstate System in response to community concerns.

Due the urgency of failing infrastructure, INDOT will move forward with construction, but has yet to set a start date or release a preferred project plan. 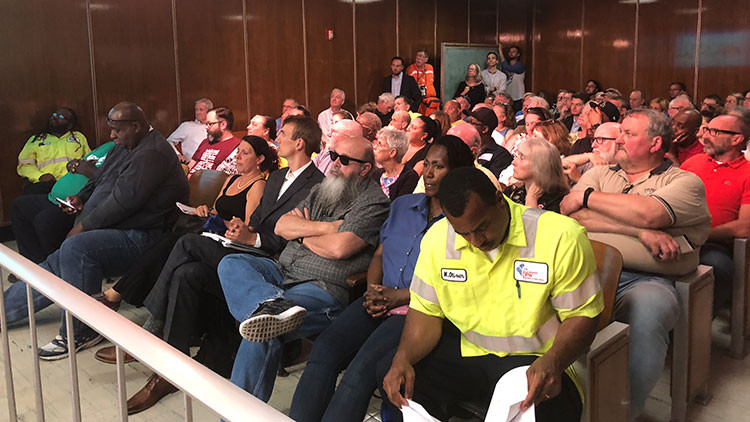 Tags:North Split ProjectIndiana Department of TransportationInterstate 65Interstate 70Rethink 65/70infrastructure
Support independent journalism today. You rely on WFYI to stay informed, and we depend on you to make our work possible. Donate to power our nonprofit reporting today. Give now.