As a debate heats up in Washington over the fate of Planned Parenthood, the President of the group’s Indiana and Kentucky affiliate has announced she’s stepping down.

When she retires at the end of June, Betty Cockrum will have worked at Planned Parenthood of Indiana and Kentucky for exactly 15 years. Her time at the organization has been spent fighting state legislation such as last year’s controversial bill that would have, among other measures, banned abortions based on fetal abnormalities and required people to cremate or bury fetal remains. Parts of the law were halted by a judge.

Cockrum still thinks the greatest threat to Planned Parenthood comes from such laws. There’s even an industry term for them – targeted regulation of abortion providers -- or TRAP laws.

“We see a legislative and regulatory environment that pretty much seeks to put barriers in place to women in Indiana having access to safe abortion,” she says. “I really think the fight is a whole lot more at the state level and what’s happening with the state legislatures.”

However, she says she’s seeing some forward movement in Indianapolis, particularly when it comes to preventative healthcare, such as bills addressing cervical cancer, HPV and sex education.

Meanwhile, a new Republican Congress and administration have come out swinging against both the organization and abortion funding in general, with President Trump reinstating a rule banning federal money to overseas organizations that support abortion and House Speaker Paul Ryan vowing to include measures to pull federal funds for Planned Parenthood in an Affordable Care Act replacement.

As for the Supreme Court, Cockrum, says she’s confident Roe V. Wade is, in her words, “a settled law.”

She insists her decision was made well before the current administration took office.

“I made the decision a long time ago,” she says. “As I’ve said , I knew when I took it, it would be my last significant tour of duty. I’ve actually known for a long time there was a day coming that I would say farewell and hand off the torch.”

The organization is looking for Cockrum’s successor.

While Planned Parenthood is barred from using federal money to pay for most abortions, 43 percent of its funding comes from government sources.

However, the organization provides many more STD screenings and contraception services than it does abortions, which only account for 3 percent of services.

Abortion numbers have dropped six straight years in Indiana. Nationally, they are at the lowest rate since Roe v. Wade was passed in 1973. 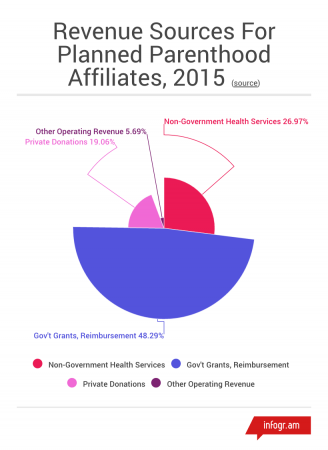 Tags:Planned Parenthood of Indiana and KentuckyBetty Cockrum
Support independent journalism today. You rely on WFYI to stay informed, and we depend on you to make our work possible. Donate to power our nonprofit reporting today. Give now.

Gov. Eric Holcomb opted not to reimpose any COVID-19 restrictions Thursday as he extended the state's public health emergency for another month.
Read More

The annual report from the state health department shows that the number of abortions in Indiana grew by 119, or 1.6 percent, to 7,756 during 2020.
Read More

Indiana's COVID-19 positivity rate was reported at its lowest level since the pandemic began just over a week ago. Since then, the rate has jumped 52 percent.
Read More