A Scott County doctor on the front lines of treating Indiana’s HIV outbreak two years ago says he’s frustrated to see syringe exchange programs throughout the state becoming politicized. Two counties have decided to discontinue their exchanges this year.

Scott County opened the state’s first syringe exchange program in 2015 after then-Governor Mike Pence declared a public health emergency. HIV and hepatitis C spread rapidly in the small community of Austin, where many people contracted the virus through intravenous drug use.

Since then, legislators have approved measures making it easier for other counties to enact similar programs.

Both Madison and Lawrence counties decided to discontinue their exchanges this year, citing community opposition and moral objections.

“As a healthcare professional, knowing the evidence, knowing how clear the evidence is that we’re saving people’s lives, we are decreasing the cost to communities, to see this get kind of confused and mixed up in the idea that we’re enabling people that use drugs is extremely frustrating,” Cooke says.

Cooke considers Scott County’s exchange one of the community’s greatest successes. He says there is at least 30 years of medical evidence showing syringe exchanges are effective in decreasing the spread of HIV and Hepatitis C.

“We also have really solid evidence that by engaging people who inject drugs through a program like a needle exchange, we’re giving them access to services that they wouldn’t have otherwise accessed like treatment options for drug use,” Cooke says.

More than 200 people in Scott County are living with HIV as a result of the outbreak.

Last month, Indiana Attorney General Curtis Hill clashed with the Centers for Disease Control and Prevention over the effects of syringe exchanges.

Hill says the programs increase drug use, but the CDC says multiple studies have shown the programs are effective in reducing HIV transmission and do not increase rates of community drug use.

Tags:needle exchangehepatitis CScott CountyMadison CountyHIV outbreaksyringe exchangeLawrence County
Support independent journalism today. You rely on WFYI to stay informed, and we depend on you to make our work possible. Donate to power our nonprofit reporting today. Give now. 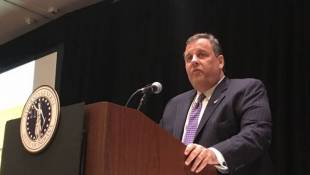