As COVID-19 cases continue to surge across the state, some counties are tailoring public health messages to resonate with residents. Scott County officials say direct communication with communities has been key to helping curb the virus’ spread.

The county health department says they learned the importance of direct community outreach and communication after navigating their last public health emergency, an HIV-outbreak in 2015.

Michelle Matern, with the Scott County Health Department said state mandates feel aimed at more populated counties – and what works in Marion County doesn’t necessarily work in Scott County. She said local mandates, especially those related to businesses, have been important for the county, because it helps officials adjust the mandates to fit the needs of residents.

“Overall, it’s a community effort. You have to have the community participate in the mandates and the rules and regulations to really stop the spread of this virus,” Matern said.

She said when COVID-19 first became a concern in the state, county officials reached out to community leaders to find out what goals were important to them.

Matern notes that not all mandates have been immediately accepted by residents, such as the ones imposed on student athletics, but she said keeping lines of communication with the community has helped the county adjust their messaging and mandates themselves to make sure people do what’s being asked of them to help stop the spread of the virus.

Since moving to Stage 5 of reopening, Scott County has reported 813 new positive COVID cases – more than tripling their previous total. That number is, of course, alarming to county health officials, but it's lower than other similarly sized counties, such as Randolph, Wells and Starke.

Tags:Scott CountycoronavirusCOVID-19
Support independent journalism today. You rely on WFYI to stay informed, and we depend on you to make our work possible. Donate to power our nonprofit reporting today. Give now. 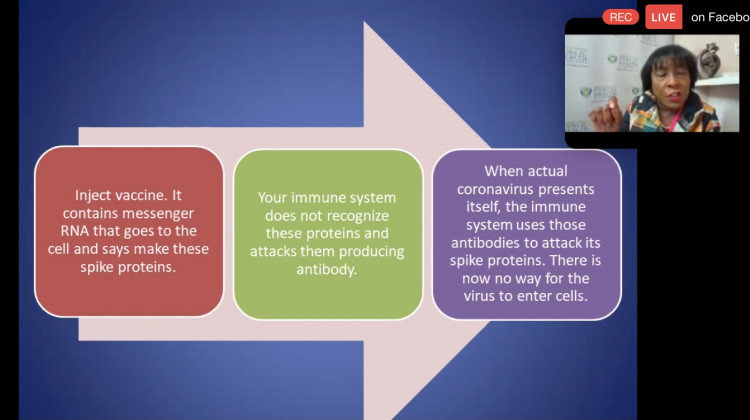