The Bloomington event is one of nine stops on Sanders’ cross-country tour ahead of the November election.

"The essence of democracy is citizen participation, it is voting," Sanders says.

He addressed a number of issues, including health care and wages. Sanders pledged to work with Watson to raise the minimum wage to $15 and to close the gender wage gap.

Watson echoed Sanders’ messages, encouraging voters to take a stand against tax cuts and push for healthcare for all.

Watson also spoke out against her competitor.

"This is our time to show Trey Hollingsworth and the corrupt Congress in Washington that there are some things money can’t buy," Watson says. "Not this time, not in Indiana."

Sanders also called for an end to prejudice and discrimination against minority groups, which he says President Donald Trump is inciting.

"We have been winning that struggle, becoming a less discriminatory society," he says. "And today we say to Donald Trump and his friends, we are not going backwards, we are going forwards." 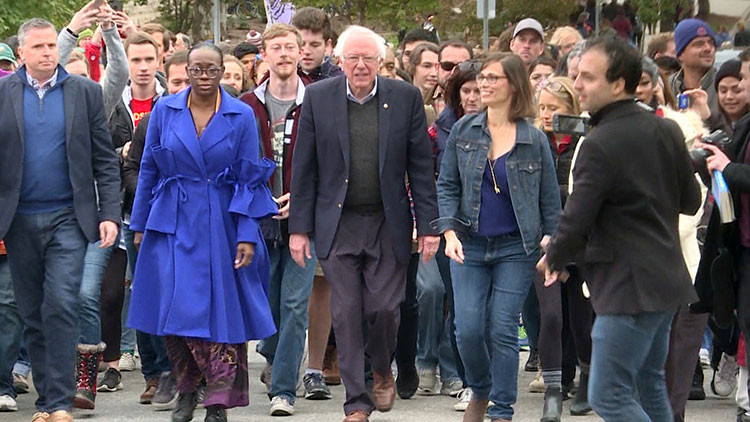 Tags:Bernie SandersLiz Watson9th Congressional districtIndiana University
Support independent journalism today. You rely on WFYI to stay informed, and we depend on you to make our work possible. Donate to power our nonprofit reporting today. Give now.