More children would qualify for state-funded preschool under a proposal lawmakers on the Senate education committee approved Wednesday.

The bill would expand eligibility requirements allowing children living with a grandparent or a guardian who has a disability to participate in On My Way Pre-K.

On My Way Pre-K is available in 20 of Indiana's 92 counties, and offers preschool funding to low-income families. Current rules require at least one parent or guardian has to be in school or working for a child to qualify.

Bill author Sen. Eddie Melton (D-Gary) says his legislation is one step toward a clear goal.

"Well at the bottom line of this, we as a state should be investing more in Pre-K," he says.

Gov. Eric Holcomb wants to serve at least 500 more children through On My Way Pre-K in existing counties this year, and lawmakers have said they hope to expand it soon.

Melton says allowing more children to qualify will also help the state learn how to best roll out the program statewide.

"So I think we're still in the research phase of figuring out where we are as a state with this particular program," he says.

The bill now goes to the Senate's financial committee.

Tags:2019 legislative sessionOn My Way Pre-K
Support independent journalism today. You rely on WFYI to stay informed, and we depend on you to make our work possible. Donate to power our nonprofit reporting today. Give now. 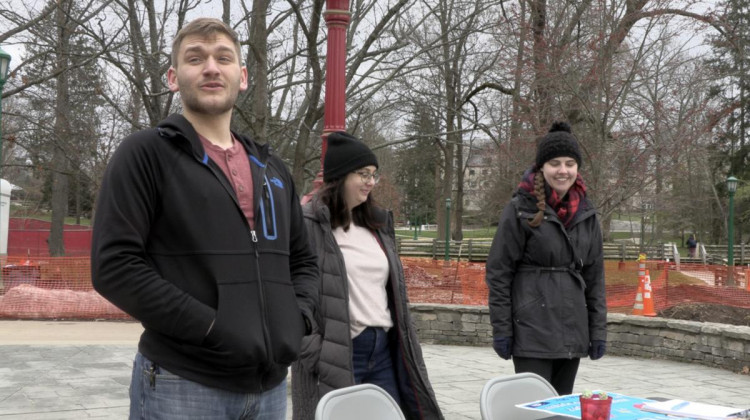