While the Indiana Senate Democrats are only nine people in the 50-member Senate, one of their priorities might see some traction in the 2017 session.

Last year, the Senate passed a hate crimes bill that allowed judges to enhance penalties for people who are motivated to commit a crime – at least in part – because of their victim’s characteristics, including race, gender or sexual orientation. Sen. Greg Taylor (D-Indianapolis) says recent incidents – including vandalized churches – underline the need for such a bill, which he’ll author this session.

“So to say that we don’t have them is not valid anymore,” Taylor says. “It’s time to do something; it’s time to recognize that people are being discriminated against based on who they are.”

Last year’s bill met philosophical objections – one being that the government shouldn’t punish someone for what they’re thinking. It died in the House. But Speaker Brian Bosma says, while some objections still exist, he no longer shares them.

“I’ve overcome that, personally. I voted against a hate crimes bill some years back but the version that the Senate had – it was an enhancer under certain circumstances – I didn’t have a problem with,” Bosma says.

Other issues on the Senate Democrats’ agenda include LGBT civil rights and raising the minimum wage. They acknowledge the latter won’t get a hearing.

Tags:Indiana SenateIndiana Senate Democratshate crime legislationhate crimes law2017 legislative session
Support independent journalism today. You rely on WFYI to stay informed, and we depend on you to make our work possible. Donate to power our nonprofit reporting today. Give now. 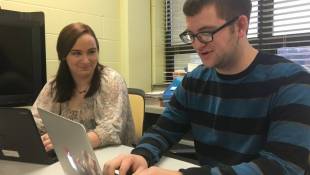 Rural school districts in Indiana struggle to afford high-speed Internet, which is becoming more and more necessary in classrooms.