The measure was included in the majority GOP's agenda for the session, which was unveiled Monday.

The measure is scheduled for a Wednesday hearing in Alting's committee.

However, a measure that would allow convenience stores and big box retailers to sell cold — and not just warm — beer faces a far more uncertain fate.

Alting, of Lafayette, has pledged to bring that bill up for a yes or no vote in his committee.

Tags:Indiana Senate RepublicansSunday carryout alcohol sales
At WFYI, our goal is to cover stories that matter to you. Our reporting is rooted in facts. It considers all perspectives and is available to everyone. We don't have paywalls, but we do need support. So if unbiased, trusted journalism is important to you, please join us. Donate now. 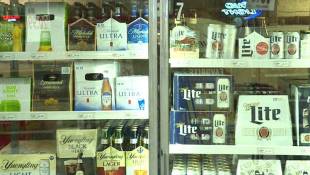