Republican and Democratic senators voted down a bill Monday that would have changed the Superintendent of Public Instruction from an elected position to an appointed one.

This session, both the House and Senate sponsored bills to make the state’s highest education official an appointed position, and Monday, the Senate voted down its version of the bill, with 17 Republicans joining all of the Democrats in voting against it. The final vote was 23-26.

Senate President Pro Tem David Long spoke in favor of the bill, saying the head of the Department of Education should be chosen by the governor, just like every other department head in the state.

Sen. Luke Kenley (R-Noblesville) voted against the bill and says it could result in major policy swings each time a new governor enters office.

“In the long run, that will be more harmful to education, than some kind of stable, checks and balances, you have to fight each other over this to get a result done,” Kenley says.

Making the state superintendent an appointed position rather than an elected official has been a long term goal for Republicans, including Gov. Eric Holcomb and many of his predecessors.

This issue was a discussion point in the 2015 session, and prompted a dramatic discussion because many Democrats said it was a way for Republicans to get rid of former state superintendent Glenda Ritz, who often clashed with Republicans. But supporters of the bill this year say the desire to make the position appointed was bigger than one person.

A similar bill is still alive in the House, but it may not have the opportunity to come up again now. Senate rules dictate, if a bill receives as many no votes as this one did, nothing similar may be heard in either chamber.

Tags:Indiana SenateIndiana Department of Education2017 legislative sessionstate superintendent of public instruction
Support independent journalism today. You rely on WFYI to stay informed, and we depend on you to make our work possible. Donate to power our nonprofit reporting today. Give now. 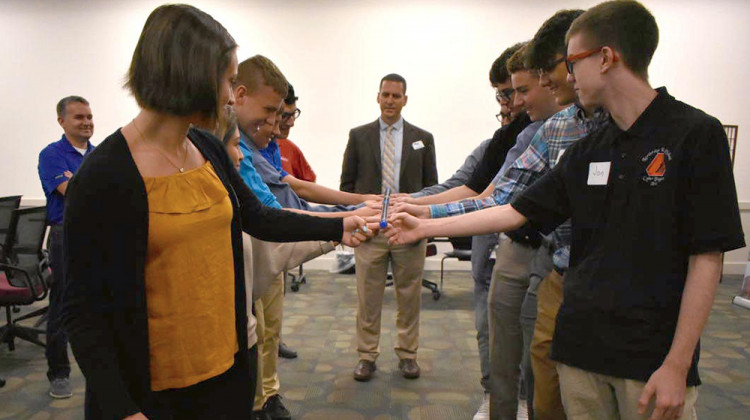 An Indiana program to keep college graduates in the state will expand its focus to a broad range of work-based learning opportunities as it aims to connect everyone from high schoolers to adults to the workforce.
Read More