Anne Emison Wishard, a Hoosier with deep roots in Indiana conservatism, says she came to support Donnelly in part because she no longer recognizes today’s Republican Party.

Although many Hoosier Republicans supported Donnelly in 2012, State Chairman of the Indiana Republican Party Kyle Hupfer said in an email Donnelly doesn’t have the party’s support.

“We know what Hoosiers know: Joe Donnelly is a Democrat who votes with and supports the failed agenda of Chuck Schumer, Nancy Pelosi and Bernie Sanders,” Hupfer says. “Hoosier Republicans are united behind Mike Braun and they won’t be fooled by Sleepin’ Joe Donnelly’s snoozer of a press conference.”

Donnelly thanked the group of Republican supporters and said he aims to represent the people of Indiana, not any one party or person.

Donnelly is defending his seat in the U.S. Senate against Republican Mike Braun. 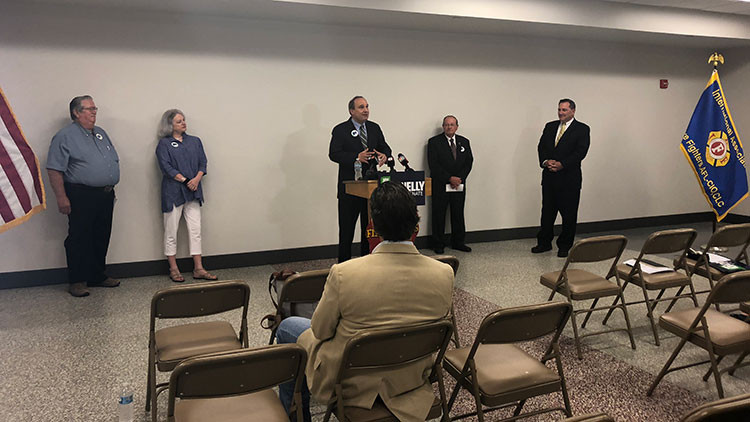 Tags:Joe DonnelyU.S. Senateelection 2018
Support independent journalism today. You rely on WFYI to stay informed, and we depend on you to make our work possible. Donate to power our nonprofit reporting today. Give now.