One thing the property does not have, though, is fresh air.

A strong, offensive smell drifts from a factory farm about a quarter mile away, where approximately 8,000 hogs eat, sleep and defecate.

“You never get used to smelling that many hogs at one time in one area,” Himsel says. “You sit down to eat a meal, you smell it. You go to bed at night, you smell it.”

Himsel has lived his entire life in Danville. But after the hogs moved in two years ago, he doesn’t like to spend time at home. It’s nauseating. Himsel and some of his neighbors say they have had health problems—regular headaches and persistent coughs—from the gases and dust that drift in from the farm since it first started operating.

The Himsels say they would like to sell their home and move away, but they can’t. “I can't afford to live anyplace else,” Himsel says. “The house is worth zero dollars.”

So last week, the Himsels filed a nuisance suit against the farm with the help of Kim Ferraro, a lawyer with the Indianapolis-based Hoosier Environmental Council. In doing so, they’ve started a legal process that—if successful—could challenge the state’s contentious Right To Farm law, and provide a possible strategy to combating similar laws in other states.

But successfully suing a farm for these problems is especially hard.

Over the years, as this type of large, confined feeding operation, known as a CAFO, has become increasingly common in farming states, so have heated battles over their effect on health, the environment and nearby property values. As lawsuits have won damages against farms, states have bolstered Right To Farm legislation to prevent further suits. Two states, Missouri and North Dakota, even amended their constitutions to enshrine protections for farms.

The problem, explains Ferraro, is that dust and gas coming from farms is not regulated.

“If you were a landowner that lived next to any other type of industrial facility, you would be able to get damages on property values and yourself,” Ferraro says.

Yet CAFO emissions can cause health problems like bronchitis, asthma, nausea, headaches and eye irritation. The Environmental Protection Agency recognizes the potential risks for nearby residents, and even the pork industry is aware of the problems.

“The industry is concerned about their potential impacts on ne environment and human health,” says Josh Trenary of Indiana Pork. “So we know that we need good estimators of emissions, and so we’ve worked with EPA to gather that data.”

But after years of studying the subject, the EPA has yet to put guidelines in place. In the meantime, air emissions from CAFOs go unchecked.

“These CAFOs emit tremendous amounts of particulate matter, ammonia, hydrogen sulfide, which if they were coming from any other industry, would be regulated under the Clean Air Act,” says Ferraro.

As in all other states, Indiana farms have special legal protection for a long time. Indiana’s Right To Farm Act was passed in 1981, essentially to keep city folk from moving into the country and then filing nuisance lawsuits against family farms for doing what they had always done.

In 2005, Indiana Governor Mitch Daniels announced a plan to double pork production in the state by the year 2025. That same year, Daniels signed a bill to amend the Right to Farm law, further restricting conditions under which a CAFO might be open to a nuisance suit.

Kim Ferraro thinks that law and another one, SEA 186, which was passed last year, go too far to protect what are now much bigger farms. So, she argues, the laws are actually unconstitutional because they violate Indiana’s equal privileges and immunities clause.

“We're all supposed to be equal under the eyes of the law,” she says. “Courts are supposed to decide cases fairly and be objective arbiters of the facts.”

There have been a number of cases in Indiana that have tried—unsuccessfully—to dismantle Right to Farm legislation. But Ferraro thinks she has a solid legal strategy, and she’s prepared to take the case all the way to the Indiana Supreme Court,

The case could have an impact in other states with similar Right to Farm legislation.

Rusty Rumley, attorney of the National Agricultural Law Center, is skeptical that the case could be successful, given that earlier challenges have failed.

For Dick and Janet Himsel, winning the case would mean finally getting rid of the smell that has bothered them for the last two years, and living comfortably at home again. For now, they have to wait for the case to make its way through the courts.

Tags:AgricultureHoosier Environmental CouncilIndianaDanvillehogsRight To FarmCAFOEnvironmental Protection Agency
Support independent journalism today. You rely on WFYI to stay informed, and we depend on you to make our work possible. Donate to power our nonprofit reporting today. Give now. 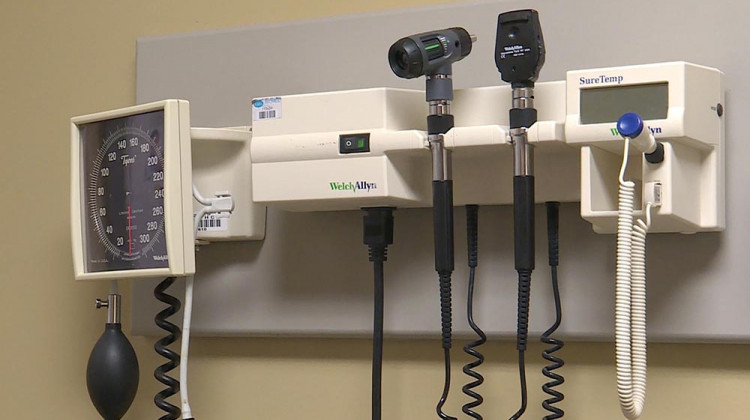 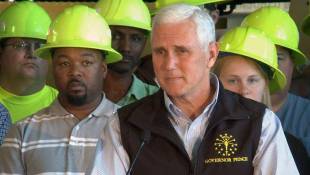 Pence's plan sets aside $241 million from the state's budget reserves next year, calls for $450 million from the next two state budgets, and plans to generate the rest from new bonds, refinancing of existing bonds and drawing interest from a trust fund. 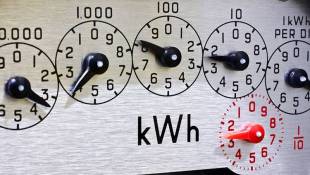 The state office that represents consumer interests in utility matters says Vectren's plan seeks to recover more costs than necessary from its customers.