The Sierra Club has released its latest report ranking electric utilities based on their climate commitments. The rankings are based on utilities’ plans to retire coal plants, build enough renewable energy, and avoid adding new natural gas plants by 2030.

Of the five major Indiana utilities, only NIPSCO received an A. Indiana Michigan Power’s ranking improved to a B. Both Centerpoint and AES Indiana’s scores dropped to a C and D respectively. Duke Energy Indiana also received a D — even though its score improved by more than double since last year. 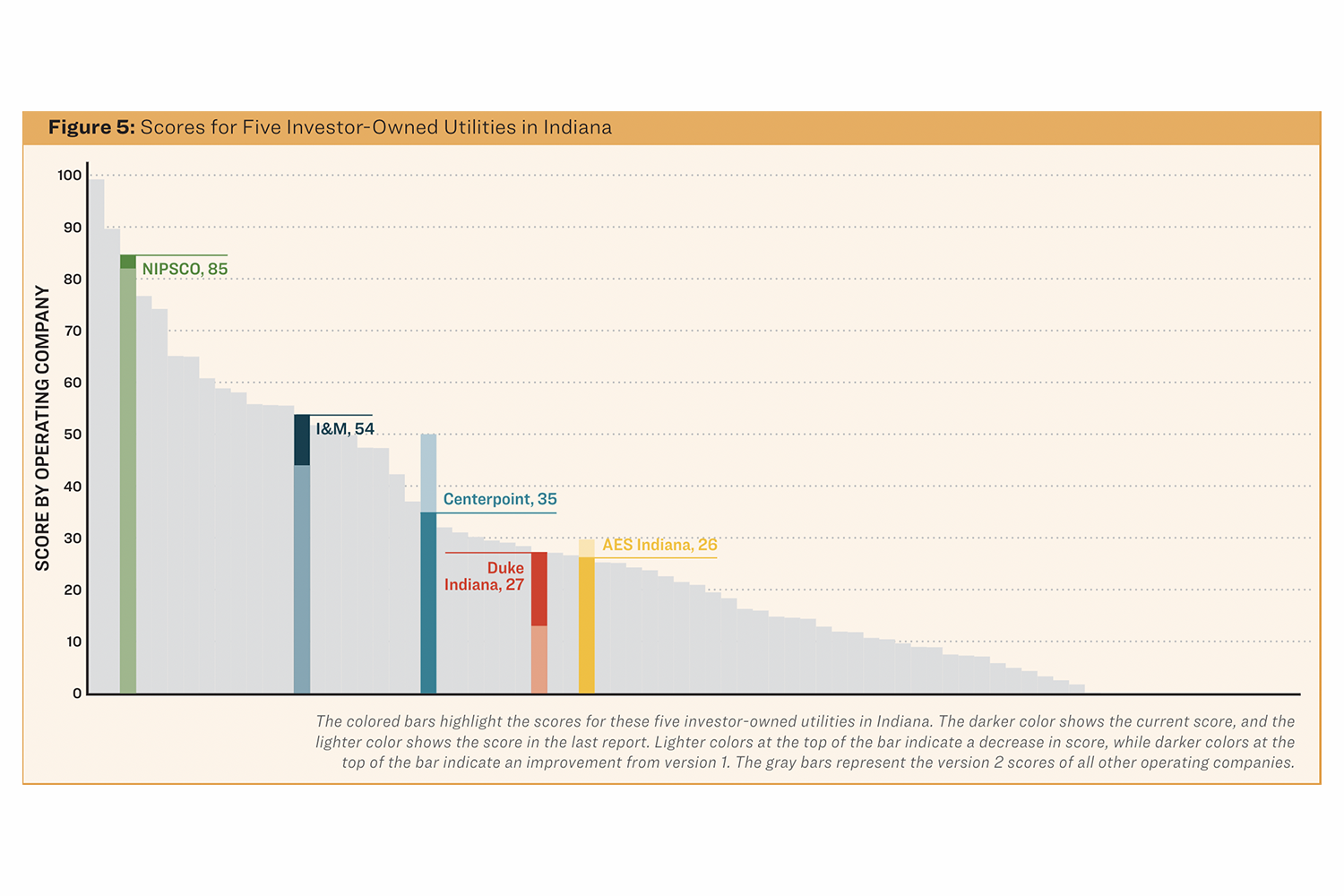 Cara Bottorff is a managing senior analyst with the Sierra Club. She said Duke has planned more coal retirements and slightly more renewable energy than before, but it has a long way to go to reach 100 percent clean energy by 2030.

“While we're happy to see some progress, they are still a pretty low score overall in the report, and we need to see much more progress out of them," she said.

In a statement, a spokesperson for Duke Energy Indiana said Duke is facing the largest transition away from coal of any of the Indiana utilities:

"We are planning to increase our renewable energy with over 2 gigawatts of renewables by 2030, which is the largest renewable addition among Indiana utilities. There are challenges in the clean energy transition, and we have to balance the need for cleaner energy with maintaining the affordability and reliability of our service."

The Duke Energy Corporation as a whole received one of the worst scores of any utility parent company in the country.

Since the Sierra Club released its first utility scorecard last year, more than half of electric utilities in the U.S. made improvements — but 35 percent of them got even lower scores than the previous report.

“While we're seeing more of these climate commitments that are public and that utilities are very proud of," Bottorff said. "We are not seeing their action plans — that actually say what they will indeed do in the future — match up with that ambition."

Bottorff said with the Biden administration's goal of achieving carbon-free power by 2035, the Sierra Club expected to see more progress from U.S. utilities. She said the group hopes efforts to speed up the transition to renewables in the Inflation Reduction Act will help.

Tags:IPBwfyi newspublic affairs
Support independent journalism today. You rely on WFYI to stay informed, and we depend on you to make our work possible. Donate to power our nonprofit reporting today. Give now.